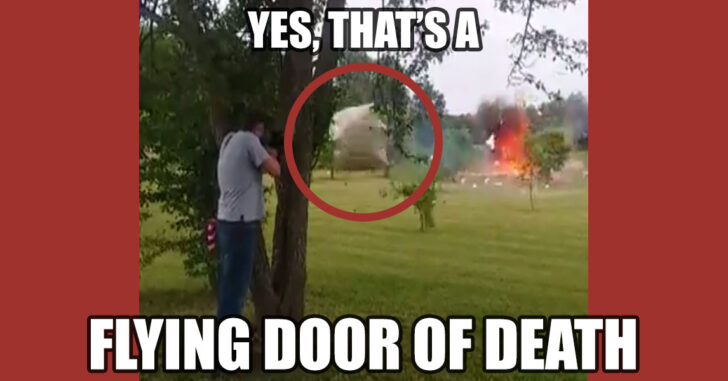 Here’s a brief lesson on what not to do with Tannerite, in glorious video form.

It would appear that some poor sap managed to very nearly kill himself after shooting a refrigerator tilled with the explosive material, Tannerite.

What happened? Check out the video below.

Maybe next time this little group gets an idea to something else colossally stupid, they’ll take a moment and think.

It’s good to see he came out OK, nonetheless.

Previous article: #DIGTHERIG - Patrick and his Glock 26 in a StealthGearUSA Holster Next article: Boyfriend Shoots Girlfriend, Wakes Up One Angry Papa Bear