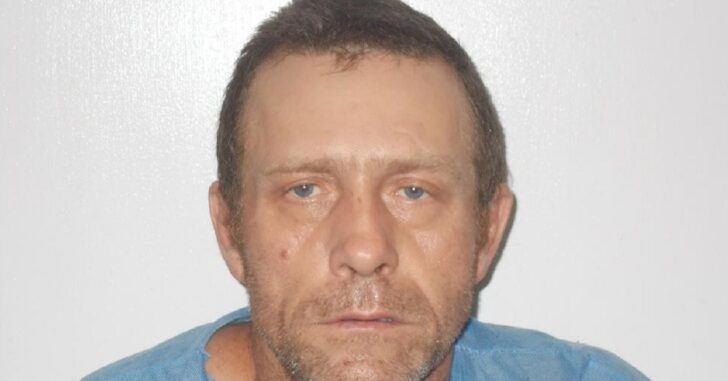 NASHVILLE, TN — Police were actually forced to give life-saving first aid to a suspect after getting shot by a furious store owner — that’s how badly the suspect’s burglary went for him the night of November 28.

Apparently, the store owner received an alert from his store’s alarm, and he wasn’t inclined to let the burglar get away.

He was really, really not inclined to let the burglar get away.

The owner told police he grabbed his revolver and drove to the store. Upon arrival, he says he noticed a mini-van parked on the shoulder of Highway 70 and the front doors to his business broken.

The owner waited outside and observed a short Hispanic man exiting with a white plastic bag in hand carrying unknown merchandise. The owner told police he pointed the revolver at the man and told him to stop. The man continued to run to the minivan where he jumped inside and told the driver, identified as Phillip Noe, to “go go go,” according to the report.

The owner stated he held on to the van and was being dragged when he fired a shot in an attempt to stop Noe. The owner eventually let go and sustained road rash due to the incident.

Cheatham County Police say they went to Nashville after gathering information for a “chance search” for the vehicle. After finding a vehicle “oddly parked,” investigators looked inside and found Noe in the back seat “internally bleeding and slowly dying from the inflicted gunshot wound.”

The investigators provided Noe assistance and helped save “his dying body,” according to a description of the event.

That’s some dedication to preserve your merchandise.

For the record, and we’ve discussed this before, but if it comes down to your safety and your property — let it go. In this case, literally. It’s never a good idea to actively pursue the bad guy, and it’s not your job either. If your life is not in danger, you should be on the phone with police and providing them with as much useful information as possible.

Luckily for this store owner, things turned out pretty well, road rash aside.