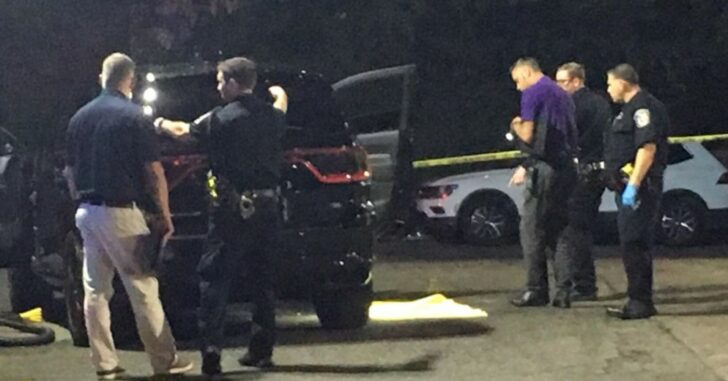 ROSEVILLE, MICHIGAN — An armed citizen had an unexpected night while at the car wash when two armed robbers walked up to him and demanded valuables, one of them just 16 years old.

The incident took place at approximately 7 p.m. Sept. 1 at the Wash Pointe Car Wash, located at 26015 Gratiot Ave. Police said that the intended victim, a 30-year-old man, was at the car wash when he was approached by two suspects who produced a gun and attempted to rob him. According to police, the 30-year-old man was armed and exchanged fire with the suspects, and one of the alleged robbers, a 16-year-old from Detroit, was shot.

The teen was taken to the hospital but was pronounced dead shortly after. The second suspect took off and is being sought by police, although they do not have a good description of that suspect.

The armed citizen was released after an hours-long interview, pending further investigation. It was not noted if the armed citizen had a permit to carry, but we’ll assume he did, given the fact that he was not arrested.

The man was using the outside vacuums to clean the interior of his vehicle when the two armed suspects approached him.

At the time of the incident, it was still light out, which works in favor of anyone out and about. However, you can be particularly vulnerable when doing tasks such as cleaning out your vehicle in a public place. Details of how the armed citizen was situated prior to the shooting weren’t available, but we can assume that he was initially caught off guard.

An exchange of gunfire ensued, and luckily the intended victim wasn’t injured.

Previous article: 5 Dead, 1 Wounded In Toronto Shooting At Residence Next article: Armed Robber Shot In Groin After Finding Out His Intended Target Was Also Armed (And A Better Shot)