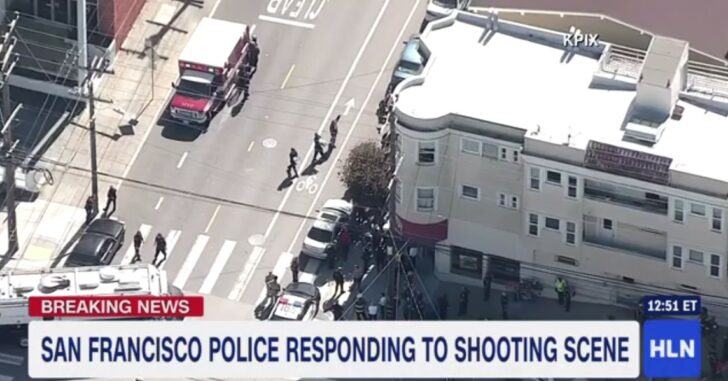 NBCBayArea.com is reporting that at least 4 people have died in the shooting. The gunman is also said to be among the dead after being transported to the hospital.

UPS spokesman Steve Gaut told reporters that a UPS employee in uniform opened fire on other employees and then “turned the gun on himself.”

SAN FRANCISCO, CALIFORNIA — A gunman opened fire this morning at a UPS facility in San Francisco, killing two and then turning the gun on himself.

UPS spokesman Steve Gaut released a statement saying four employees were involved in a “shooting incident” but that the company cannot provide any identifications until the police investigation is complete.

“We understand that there are potentially multiple deaths, although some individuals were transported to the hospital and we are unsure of their status at this time,” the statement said. “The company is saddened and deeply concerned about affected employees, family members and the community we share.”

The gunman is said to have been taken to the hospital, and his condition is not known at this time. Reports have not identified the gunman, nor any affiliation that he may have had with the victims or business. Employees at a UPS facility in San Francisco were asked to put their hands up as they left the building, according to Kevin Wood, who took this picture from his home across the street.

The San Francisco Police Department released a series of tweets to update the public on the incident, and have lifted the ‘shelter in place’.

The shelter in place has been lifted. #SFPD Special Ops is continuing to search the building for additional victims and witnesses. #SF

We will post more information as it becomes available.

Previous article: #DIGTHERIG - Greg and his Smith & Wesson SD9VE in an Alien Gear Holster Next article: Man Forced to Make Deadly Decision to Defend His Dog