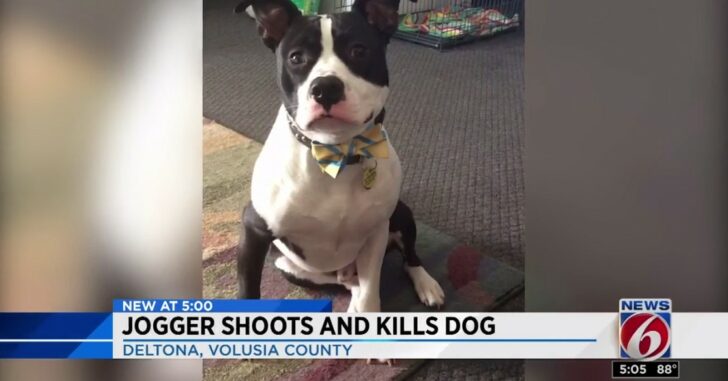 DELTONA, FL — A jogger shot a dog after being put in a place where he reportedly felt threatened, and now the dog’s owner wants what she thinks is justice.

Nancy Harmon was forced to bury her dog lucky after a 42-year-old jogger shot it, reports Click Orlando. The dog apparently had gotten loose from the house and charged the jogger.

The jogger felt threatened, and responded by shooting the dog.

Although deputies don’t plan on filing charges, because the man had a valid permit and was threatened by the animal, Harmon seems to think that the jogger is just out there, looking to hurt runaway animals.

“She ran out the door and she got as far as the street and he shot her,” she said according to Click Orlando.

She later added: “All my neighbors that have dogs. I want to tell them, be very careful because if your poor dog happens to get out and run outside, this man’s going to come and shoot it down. I mean, the whole neighborhood has to be in fear.”

Although it is hard to pass judgment on a case that we know so little about, but if there are not charges about to be pressed against the jogger, it’s fairly safe to assume that the concealed carrier used their best judgment in this case.

Too often we have to write about attacks by dogs and the sad fallout. It’s no joy.

Dog owners — please keep your dogs secure. We can’t be too careful.

Previous article: #DIGTHERIG - Stacy and her Kahr MK9 in a CrossBreed Holster Next article: Woman Shoots Ex-boyfriend In Self-Defense Outside Gas Station