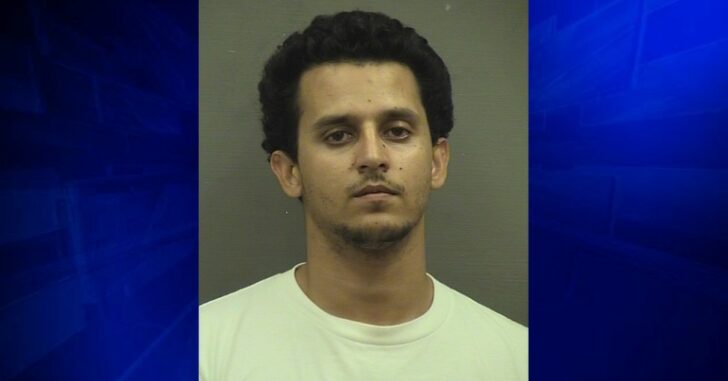 ALEXANDRIA, VIRGINIA — In another jailed-gone-free case due to rising coronavirus numbers inside jails, authorities decided to let a man out who was awaiting trial for rape.

The Washington Post reports that Ibrahim E. Bouaichi was tracked down by authorities on Wednesday. But he shot himself and was in grave condition on Thursday.

Bouaichi was indicted last year on charges that included rape, strangulation and abduction. He was jailed without bond in Alexandria.

The woman testified against him in Alexandria District Court in December.

The initial idea was brought up by his lawyers, who argued that his life was in danger due to the pandemic.

When the pandemic hit, Bouaichi’s lawyers argued that he should be freed awaiting trial because the virus endangered both inmates and their attorneys. He was released on $25,000 bond over the objections of a prosecutor.

The Judge reacted in this manner:

Circuit Court Judge Nolan Dawkins released Bouaichi on the condition that he only leave his Maryland home to meet with his lawyers or pretrial services officials.

In late July, Bouaichi shot the woman who accused him of rape, killing her. He evaded capture until Wednesday, when he was spotted by police. In the pursuit, he crashed his vehicle and apparently shot himself. He is currently in “grave condition”.

I’ve been documenting some of these releases due to the pandemic, and a few have come back to haunt the decisions made by authorities.

A reminder: No one is coming to save you, and it’s up to each of us INDIVIDUALLY to do what we can to secure our safety. This woman died at the hands of a criminal, which could have been avoided a multitude of ways.

Stay safe, stay armed, and let’s remember to hold those accountable for their actions and decisions.

Previous article: Fight Breaks Out At Street Race In Philly Until Someone Pulls A Gun Next article: Man Dead After Attempting To Enter Home After Car Crash