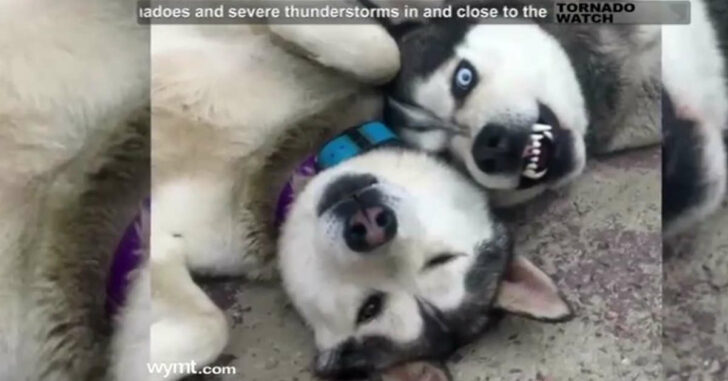 MARTIN COUNTY, KENTUCKY — A family is grieving after their Husky was shot to death after it wandered onto a neighbor’s property. As they recalled the story, the 3-year-old Husky was playing with her older counterpart when she escaped the property and wandered into an adjoining property line. Moments later, the homeowners heard a gunshot. They raced towards the sound, fearing the worst.

“I pulled up and I’ll never forget the sight,” the owner said. “I pulled up to her and he was standing there and she was just gasping, just breathing so hard.”

Their 3-year-old Husky, Kiera, was fatally shot in the head by their neighbor. As the law reads, this act was justified because a landowner is allowed to protect himself and his property and he claimed that the dog was going after his chickens.

The family is understandably distraught after the event. It is heartbreaking to lose a dog.

The law, however, is the law. A person has a right to protect himself and his property and based upon those grounds, the Martin County Sheriff’s Office had no choice but to reiterate the conditions of the law to the family.

This is also a news story with no background. It’s impossible to know based upon an isolated event whether or not there was a history of either of the dogs escaping and targeting the chicken coop or if it was just a neighbor that felt he needed to be a complete a-hole for no good reason.

As a homeowner with animals, I’ve picked up more than my fair share of wandering dogs onto the property. And yes, they all seem to love the chicken coop. However, in twenty years of having chickens, I’ve only had one instance of a dog getting into the coop and physically killing a chicken. It was an escaped beagle. I wandered out in the snow and got the dog out of the coop and brought him inside and called his owner. His owner picked him up and told us he was frantically wandering around the area looking for his dog.

A chicken costs about $13. As annoying as the event was, never once in my mind did it occur to me to get out a gun and shoot the dog. The dog knew it had messed up long before I ever got out to the coop. That beagle howled and howled.

He was lost, likely didn’t know better, and far be it from me to take another animal’s life when it presents no threat. I opted to go the route of bringing that dog into warmer conditions, give him some water, and call the number on his collar.

But that’s just me. And it was a one-time event that hasn’t repeated itself since.

Different property owners may go about it a different way. I can’t tell another man how he’s supposed to act so long as he is within his rights to act that way. I can’t know whether he shot that dog on his property because he figured he could or if he felt he had a more ethical reason.

My heart certainly goes out to that family. They lost a beloved member of their clan over what appears to be a simple misunderstanding.

You can’t legislate kindness and generosity. It’s a trait I’d hope more people would have when dealing with these types of situations.

Previous article: [BREAKING] School Shooting In San Bernardino Leaves Two Dead And Others Injured Next article: Couple Held At Gunpoint For An Hour; Why We Carry At Home