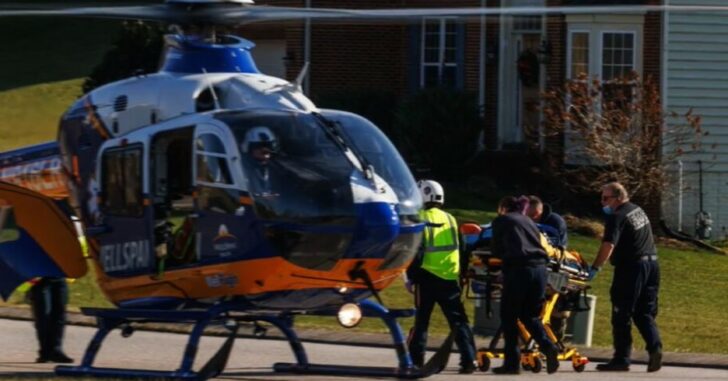 An elderly man and his wife are in the hospital recovering, and a suspect is dead after a home invasion in Pennsylvania Wednesday morning.

Police received multiple calls this morning about a man beating on cars stopping traffic. He also tried to enter someone’s home. As the police were responding to the calls, he entered the home of a husband and wife in their 70’s.

For some reason, the suspect took off his shorts and underwear and entered the home only wearing a shirt. The front door was unlocked, and he confronted the homeowners as they sat in their living room.

He assaulted the husband, who then told his wife to get the gun from their bedroom. But the suspect followed her to the room and then assaulted the woman on the bed, severely injuring her.

Luckily, the husband was able to obtain the gun, firing multiple shots and killing the suspect. The wife was airlifted to a nearby hospital and is in critical condition. The husband was transported to the hospital via ambulance and is in stable condition.

By Luke Mccoy via USA Carry and republished with permission.