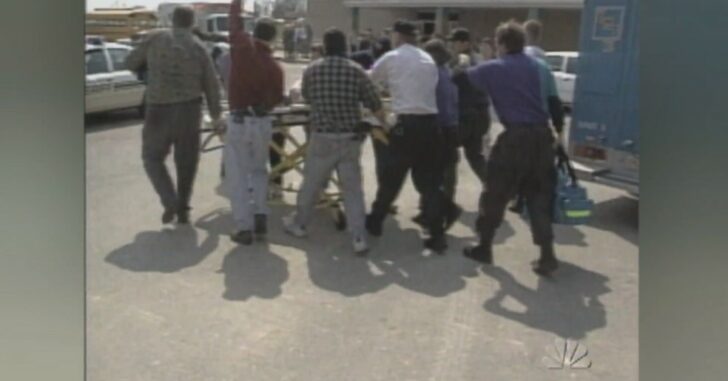 A 33-year-old, who was 11-years-old when he and a friend shot and killed 4 people at their school in 1998, died as a result of a car accident Saturday.

His vehicle was hit head-on by an oncoming vehicle. The driver of that vehicle did not survive, either.

The man was tried as a juvenile and had his records sealed. He was released at the age of 21.

Back in 2008, he had applied for a concealed carry permit in the state of Arkansas, but was denied because his fingerprints came back under his original name.

Since being released, he assumed a new identity.

[The suspects] set off a fire alarm at Westside Middle School near Jonesboro, Arkansas, on March 24, 1998, and shot at people as they fled the building.

Paige Herring and Stephanie Johnson, both 12, Brittney Varner and Natalie Brooks, both 11, and teacher Shannon Wright were killed. Ten others were wounded.

Karma took a little longer to come around this time.

Previous article: 2 Children and 1 Adult Were Killed Yesterday at a Festival, Many Others Injured, Gunman Dead, Entered By Cutting Fence Next article: NY Gun Owners With Children Have 60 Days To Comply With New Law, Or Face Possible Jail Time