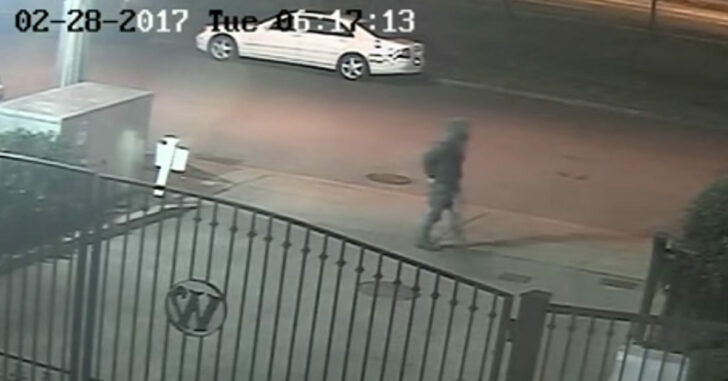 NASHVILLE, TENNESSEE — When a nurse’s roommate awoke to the sounds of her roommate’s screams, she rushed out of the room to see what the commotion was about. The front door was open and when she walked into 23-year-old Tiffany Ferguson’s room, she discovered her bleeding out from multiple apparent stab wounds.

When investigators arrived, they pieced together that the man who broke into the apartment did so after attempting to gain access to several parked cars. Surveillance footage showed a man attempting to break into a gated area. Investigators speculated the man quit after several unsuccessful attempts and simply went to a nearby apartment complex and started searching door to door.

Evidence recovered from the scene strongly suggested that the man had made at least one trip into Ferguson’s apartment before she detected the intruder. He secured some valuables and headed out. On his second trip in, Ferguson confronted him. Unarmed, she was overpowered and he stabbed her multiple times.

She succumbed to her injuries before emergency assistance could arrive.

If she had been armed, she could have barricaded herself in her room and contacted authorities. She wouldn’t have needed to go out and try to reason with her killer.

Ultimately, this is a tragic example of why the people who seem least inclined to arm up and protect themselves are prime victims for those who prey upon that.

Police believe that her apartment was selected at random, with the killer having little to no likely motive for targeting her specifically other than the fact she confronted him.

When someone says, “if you just let the bad guy take what he wants, he’ll leave you alone,” remember this story.

It’s not something we relish in recalling. It’s important. Share this with a niece or nephew, brother or sister, mother or father who may think that having a gun in the home is just an inconvenience. It doesn’t take a lot to bring just about anyone to a base level of competency and safety with a handgun. And, in cases like this, it can be the difference between life or death.

Take your safety and the safety of those you care about seriously. Get them educated. Get them to carry. Not everyone needs to be a hero and go face a bad guy alone, but nearly everyone would stand to benefit from having a gun so he or she can secure themselves in a room and cover the door until police arrive.