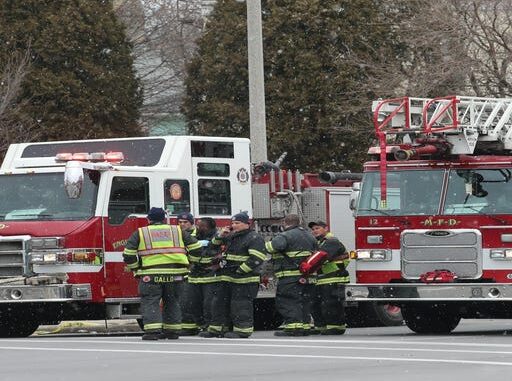 UPDATE 02/26/2020 at 7:41pm est: During a press conference, police told reporters that a 51-year-old is the suspect, and was found by police with a self-inflicted gunshot wound.

Police also confirmed that five people were shot and killed. No other injuries were reported.

The investigation is ongoing and still in its infancy.

UPDATE 02/26/2020 at 4:47pm est: Local media is reporting that 7 people have been killed, and the suspected gunman is also dead. It is not clear if the gunman took his own life or was killed by police or an armed citizen.

Reports of an active shooter are coming in from the Molson Coors Campus in Milwaukee.

The company issued a statement telling employees to seek shelter.

The company told employees in an email that the active shooter was located in or near South Packaging, Building 4, second-floor stairwell.

The campus was on lockdown, according to Twitter users whose wives work inside. The women were told to stay inside their offices. One woman reported multiple ambulances on scene.

Police have responded and firefighters arrived in ballistic gear. Local media is reporting that at least 2 people have been killed.

The gunman is said to possibly be an ex-employee of the company.

There is no word that the suspect has been captured.