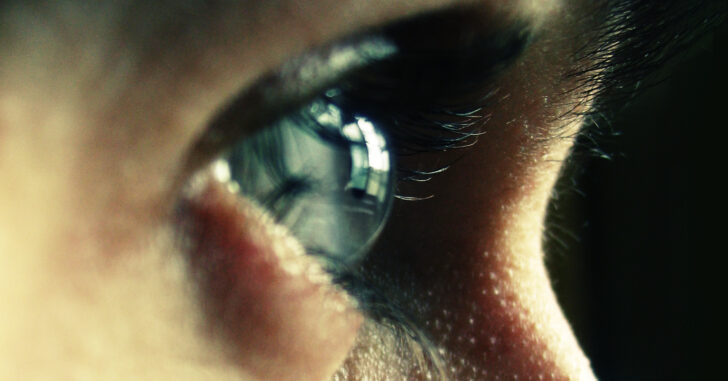 You probably hear us talk about situational awareness a whole lot. But, there’s a distinct difference between me yammering on and on and actually practicing it in real life. Situational awareness means being aware of both yourself and your environment. Without knowledge of one, you can’t act on the other. This applies to both the world of firearms and outside of it.

In this article, we’ll go into a little more depth about what situational awareness actually means. It’s my sincere hope I can break it down in terms that just about anyone could get and find some application in his own life.

Being aware of what’s going on with you is the first, best step to figuring out if something is a priority or not. The human mind prioritizes things. It’s the reason we can cross the road without being distracted by the million different things going on around us. The crosswalk light turns green and it’s time to walk. You’ll pay attention to the cars parked along the pedestrian crosswalk and likely pay attention to the people approaching you from the other side.

That sparrow up on the power line? Not a priority.

That random dude screaming at a brick wall? Probably also not a priority.

These are things that a person’s attention naturally steers away from while considering the more immediate matters of simply crossing the road. However, when there are things going on within us, we become distracted. For example, if I’m having a crummy day and I’m thinking about how I stubbed my toe this morning — my focus is on me and my bad mood, not my surroundings.

As hard as this may be for some people to hear, it’s no one’s business but your own if you’re having a crummy day or are angry because you got cut off in traffic. In those moments when life kicks you in the keister, you have to push that aside and get on with the day.

Ever notice how an animal with a sore tooth just seems to look for any excuse to get mean?

People can sometimes be like that, too. We all go through emotional swings and different states. It’s part of living. To the degree that we’re aware that certain things are going on inside us, we can choose to push those things off to the side and focus on the important matters that lie ahead.

We can also choose to not project our bad mood on others.

Is that person really threatening you or is he just being a jerk?

Did that guy cut you off try to kill you or is he just not paying attention?

Where we have the choice to de-escalate, we need to. Too many people get killed in road rage incidences or because someone just didn’t know when to walk away. Where each of us can be the bigger man or woman, we should be — because taking a life needlessly is both criminally negligent and just a poor way to treat others.

Not to get all zen buddhist in this article, but being present in the moment is imperative to situational awareness. If you’re not present — focused on what is happening right in front of you — you cannot hope to grasp how those things may affect you. If your head is off wandering in the clouds or distracted by a thought, you’re not present.

When you read any one of our articles involving a concealed carrier or gun owner defending his or her life, do you think that individual was likely thinking to himself, “gee, I bet some bad guy with a gun is going to pop out any minute?”

That person was jolted out of whatever internal thought processes they were having and forced to make life or death decisions in a split second. That’s reality. That’s how fast danger can creep up and nip any of us in the bud.

As a concealed carrier, it’s our awareness of ourselves and our environment that enables us to react to a clear and imminent threat.

Before the bad guy puts his knife in you or pulls his gun out and announces there’s a robbery, you have the opportunity to take action. Part of that opportunity is being mentally focused and aware of yourself in the moment.

Now that we’ve covered you, let’s cover everything around you. Some concealed carriers choose to practice what is called ‘active scanning’. This is the process of visually scanning your immediate horizon. The more you can see, the more you can hope to react to. But it’s not just your eyes that will tell you when danger may be rearing its ugly head right in front of you. Your ears, sense of smell, and all your other senses are pivotal in picking up even the slightest nuance that can give you a hint something is about to happen.

When a retiree was out working alone in his garage and two armed thugs tried to get the jump on him, he showed a careful balance between external and internal situational awareness to find the perfect opportunity to strike.

He had to defend his life against two armed assailants. That’s not anything any one of us wants to deal with. Situational awareness is key to survival.

With that awareness, there also may be the constant disappointment that your assumptions about a person, place, or thing are wrong. Outside of a clear-cut situation involving armed bad guys announcing themselves and pointing their guns at people, you may have to pay attention for quite some time to determine whether or not someone’s actions actually constitute a threat. That thing you thought was a threat may not turn into one. The only way you know is by observing it.

Knowledge is key to winning any fight. “Knowing is half the battle,” is likely a phrase you’ve heard tossed around. It’s true. Completely subtracted from knowledge of what’s occurring around you, your actions will not likely be as well informed as you would like.

Let’s take the recent example of a concealed carrier in North Carolina that used his handgun to stop what he assumed to be two people assaulting a third. As it turned out, those two people were mental health workers and the third person they were trying to stop from fleeing was a mentally ill client. They were doing their job. However, subtracted from good data and observing the scene further, he acted in haste.

Now that man is no longer a concealed carrier. Tactical situational awareness was also exhibited recently when an armed security guard took cover in response to an armed robber entering the bank. By being aware of his immediate surroundings, he took advantage of them.

The armed robber did not. And now he’s dead.

These are minor thoughts at the time but they can spring into action the second a real threat comes knocking.

Awareness of self, awareness of others, and awareness of our environment — these are the three basic elements to situational awareness. They are all things that can be routinely practiced every single day, on and off the range, and no matter if you have a gun in your holster or not.