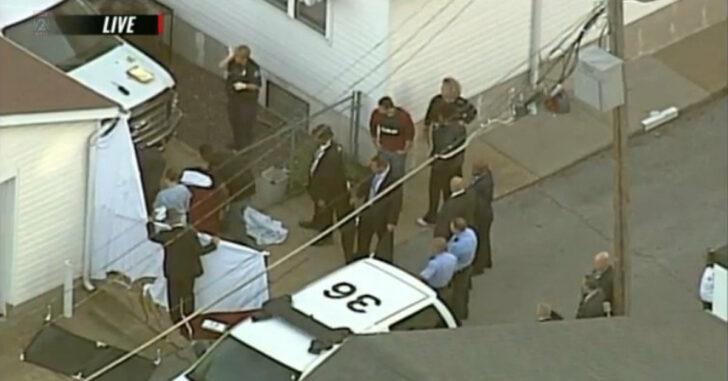 ST. LOUIS, MISSOURI — Two armed robbers brazenly brandished firearms and attempted to rob a retiree at gunpoint while he was in his garage. According to the homeowner’s account, he had a handgun pressed against his head and they wanted his possessions and his truck. Fearing for his life, he retrieved his own handgun and shot both of them. The attempted robbers have been identified as Jonathan Warren, 18, of Florissant and Lonnie Middlebrook, 20, of Ferguson. Warren’s handgun was recently reported as stolen and identified by police on his dead body.

As FOX 2 St. Louis News reports, both suspects succumbed to their injuries at the scene and died. The homeowner was not shot but has confirmed that he was the victim of past robberies. St. Louis police remarked that the nature of this crime is rare for the neighborhood. The case is being treated as one of self defense.

The homeowner has been described as a retiree by his neighbors and many have expressed shock at the event itself but relief on the outcome. Both criminals involved appear to have prior offenses under their belts and showed no sign of giving up the thug life. It’s unfortunate that they couldn’t have chosen a more productive use of their lives but at least they don’t have the capacity to hurt anyone else any more.

What self defense situations like this teach us is that there is never a good time to drop your guard. Home alone in the garage working on a car or tinkering with a drill? Keep that gun close. We can only defend ourselves with the tools that are available to us.

One great side note in this case is that it’s obviously prompted his neighbors to reconsider their own self defense system. For many reasons, we recommend video surveillance on major entry ways and vulnerable spots in the house. In addition to carrying a gun, video surveillance can help detect intruders. If you’re not home, they can help identify them. It’s just one more tool that helps even the odds against intruders who don’t give a lick about your well-being.

As for this retiree, we’re happy to see he’s alright. It’s got to be an incredible ordeal to go through no matter your age. If anything, his preparation paid off big. That’s the best any of us can hope for.

Previous article: Some Simple Strategies For Staging Firearms Around The House Next article: Pursuit Of Suspects Ends By The Hands Of Armed Citizens