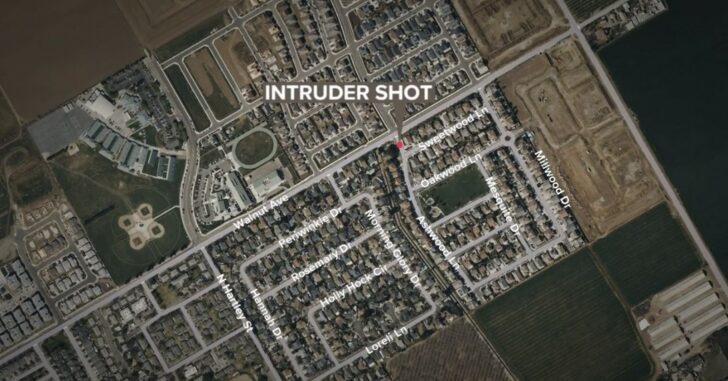 PATTERSON, CALIFORNIA – An alleged drunk home invader was shot on September 25th and law enforcement has determined the case to be self-defense.

A 22-year-old became heavily intoxicated and attempted to break into the home of a couple. The husband attempted to restrain the invader from breaking in and the two got into a fight on the threshold of the front door. It was then that the wife grabbed her newly purchased revolver, of which she got the day before, and fired shots at the invader to attempt to save her husband.

The husband only sustained minimal injures from the fight, but the shooting from the wife lead the invader to be pronounced dead on-scene.

A preliminary investigation proved that the neither the husband nor the wife will be facing charges and it was strictly a case of self-defense.

In cases like this, you never know when you’ll be needed to utilize your firearm. Fortunately for this couple, they purchased the firearm the day before. Ideally, you would want to do some training before needing it for a life-threatening situation, but it was much better to have one than not have one, for this family.

We at Concealed Nation recommend all reader to become well-acquainted with firearms. Buy them. Shoot them. Train with them. Make them a part of your daily life like carrying around your phone or wallet is.

You never know when you’ll be needing to defend the lives of your loved one.