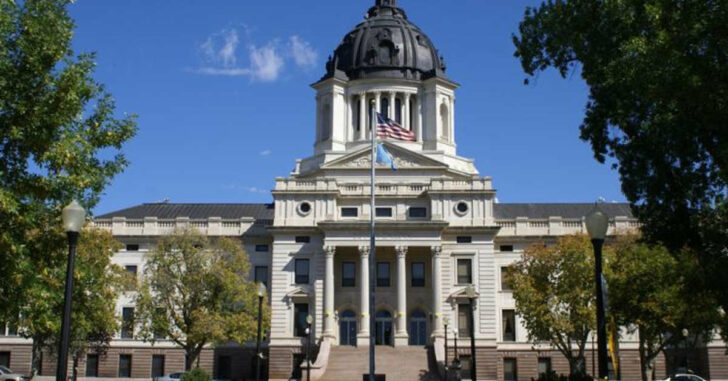 PIERRE, SOUTH DAKOTA — South Dakota is one of the few states that is extremely permissive about firearms but bans them inside the State Capitol. A bill intended to allow those with an enhanced concealed carry permit to carry a handgun onto the premises was introduced to committee.

To accentuate the need for such a measure, one of the chairmen pulled the emergency alarm. According to Committee Chair Larry Rhode, the purpose was to time the response of security. He said it took local security close to five minutes to respond to the test.

When seconds count, five minutes is a long time to wait for help.

Capitol Protective Services division of the South Dakota Highway Patrol responded with a statement confirming what they saw on their end:

“When the panic alarm was pressed, the Capitol Protective Services division was properly notified within 25 seconds.  Soon after notification, a CPS supervisor looked at the video monitoring system for the specific room where the alarm had been pressed and quickly ascertained that a plainclothes and armed State Trooper was already in the room.  With no apparent emergency taking place in the room, a uniformed officer still responded to verify.

The Highway Patrol is in charge of security for not only the Capitol, but the entire state government complex in Pierre. Not all responses may be visible, but the officers involved take this responsibility seriously and respond quickly to any possible security situation.”

Despite having some security measures in place, the proof that it took minutes to respond to a potential emergency certainly won over the other politicians on the committee. After all, if the only one armed is a bad guy or a security officer, there’s a lot of room for damage to be inflicted in between the time of the attack and the response.

State Representative Lee Qualm is the primary sponsor of the bill.

“We are pretty much sitting in a fish bowl there,” Qualm told the committee. “And just kinda like sitting ducks down there.”

The committee voted 10 to 3, which sends the bill to the House floor for voting. If passed, it would allow South Dakotans who have an enhanced concealed carry permit to carry their handguns into the Capitol building.

As Qualm pointed out, South Dakota is one of the few states remaining that has active laws preventing the lawful carrying of a handgun by a citizen onto the Capitol grounds.

If we have to choose between a false alarm and an actual one to prove a point, I’ll always take the false one. Carry everyday, everywhere. You never know when you may need it to save your life.