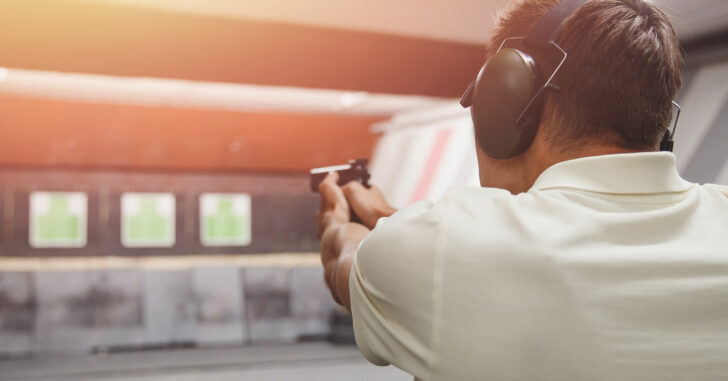 ERIE, PENNSYLVANIA – A strange incident occurred at a gun range when a man was shot by his friend, and then the shooter was fatally shot by a bystander.  It all unfolded on December 22nd at the State Gamelands gun range in Erie County.

Troupers were dispatched shortly after 2 p.m. to the location in Greene Township in northwest Pennsylvania. Preliminary information released by investigators revealed the chain of events. Two men that were reported to be friends, along with their girlfriends, met at the range. The foursome was taking turns shooting a handgun that had just been purchased by Robert Eppley, 26, of North East.

Eppley’s victim was transported to an Erie hospital for treatment of multiple gunshot wounds. He was later released and is cooperating with the investigation. Troopers also questioned the 67-year-old and released him.  Authorities say that it is not yet known if any charges will be filed.

As the old saying goes, with friends like that who needs enemies. The girlfriends must have been horrified at what unfolded in front of them. The victim was fortunate that the older man was situationally aware and was not hesitant to intervene in the unprovoked and still unexplained attack.

While at the range, we tend to focus and concentrate on our targets, shot groupings, sights and optics, grip and stance. With hearing protection and often some sort of divider between lanes, we can easily become totally oblivious to our surroundings and happenings. A range can be an inherently dangerous place with total strangers handling loaded guns. There is a good possibility that some of the shooters will be untrained and undisciplined, and in the case above, unscrupulous. With multiple people handling and shooting multiple firearms, the potential for negligent discharges and errant rounds is ever-present.

A good practice is to go to the range with someone that you trust with your life. Take turns shooting, with one serving as a safety officer for the other and maintaining a keen situational awareness, just as you would in any other environment where there is a potential for harm.