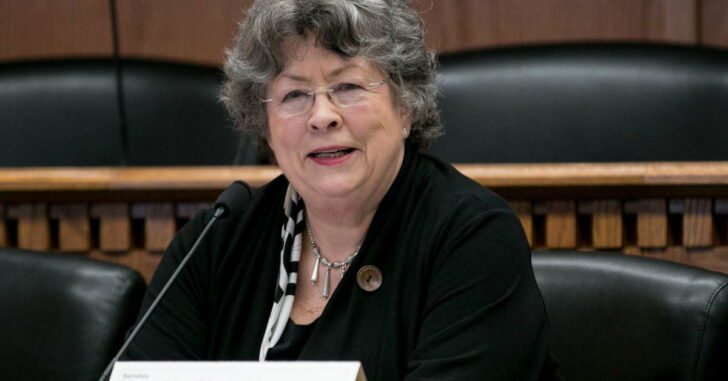 TACOMA, WASHINGTON — Recent legislation proposed in the Washington Senate would require Washington gun owners to obtain firearms insurance. As Sen. Maralyn Chase insists, the measure would place another level of liability onto the gun owner for any damage caused by the firearm.

“I fully believe in Second Amendment rights, however, with those rights come great responsibilities,” Chase said. “We see the destructive power of guns almost nightly on the news and yet we do not require gun owners to have any type of liability insurance. Requiring liability insurance may cause an irresponsible gun owner to exercise extra care in preventing firearm-related accidents, especially in tragic accidents involving children.”

While politicians were quick to dismiss this added layer of liability, it’s worth noting that the State of Washington is already pursuing rather extreme limitations on firearms for Washington residents.

Washington once had very liberal standards for gun ownership. Handguns could be openly carried without a permit (and still can), there were no restrictions on what types of handguns or rifles could be purchased or possessed, and no limitations on magazines.

This recent legislative year has seen a wave of bills which would seek to reduce or restrict that freedom of movement for gun owners.

Idaho, Washington’s next door neighbor, is incredibly permissive to gun ownership and concealed carry. They recently implemented permitless concealed carry for residents and their enhanced resident concealed carry permit has one of the highest levels of reciprocity across the nation. They have no restrictions on the types of guns or magazines that people own.

What makes this recent wave of legislation odd, on Washington’s behalf, is they are increasingly making travel across the Washington-Idaho line difficult for otherwise law-abiding gun owners. While an Idaho resident with an enhanced concealed carry permit is fine to clear the state line, a standard Idaho permit won’t do.

Washington politicians are increasingly testing the waters with what they can get away with. A growing anti-gun sentiment held in the Western side of the state doesn’t mesh up with the middle and Eastern portions of it. That places those in more rural communities at odds with big city politics.

As we’ve seen in Virginia with their Attorney General flicking the selector switch on state-to-state reciprocity, politicizing gun ownership and concealed carry is a problem.

It would be nice if our publicly elected officials didn’t intentionally place large segments of our population at risk for breaking the law or requiring them to spend exorbitant sums of money maintaining their basic civil liberties.