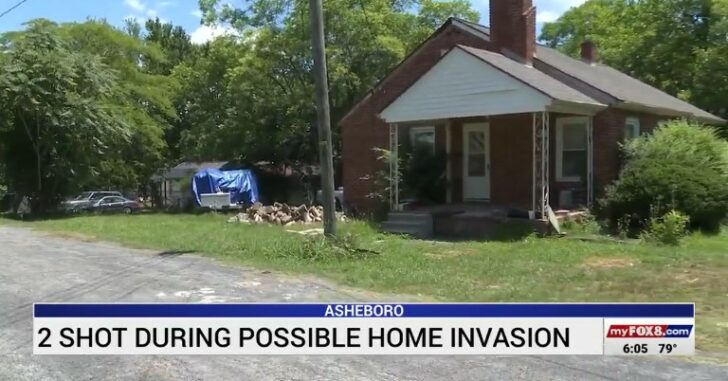 Arriving officers located two wounded men near the scene. One, found behind a house on Traci Street suffering multiple gunshot wounds to his torso, was airlifted to a trauma center in nearby Forsyth County in serious condition.

The other, found near a home on Hinshaw Street with gunshot wounds to his leg was taken to a hospital in neighboring Guilford County.  That man, identified as 25-year-old Jailen Harris, was released Friday, and promptly arrested and charged with felony first-degree burglary.

A woman who lives nearby and wished to remain anonymous said, “You’re breaking into somebody’s personal home. What do you think is gonna happen? The last past like five to six months for whatever reason like four or five houses have been broken into,” she said.

A mother of two young children, she is extremely concerned. “Most of the time people are home at 4:00 in the morning. For something like that to happen, it’s just so uneasy and it’s unsettling knowing that it could’ve easily been anybody that we knew.”

Police could not provide an update on the other suspect’s condition, and the investigation is continuing.

Previous article: Armed Citizen In His 80's Involved In Early Morning Shootout With Car Thieves Next article: Watch This Guy's Reaction After He Finds Out He's Been Filmed During A Crime