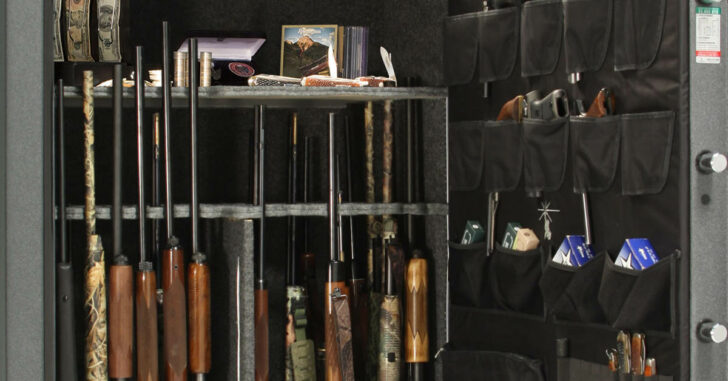 OLYMPIA, WASHINGTON — It’s a scenario nearly every gun owner is absolutely terrified of discovering. Your home, the place where you live, eat, and sleep, has been broken into while you were away. And now there’s firearms missing. Washington state lawmakers are currently discussing a proposed bill which would hold those gun owners accountable if their firearms are stolen and then used in the commission of a crime.

“This bill is about accountability,” Senator Guy Palumbo said. “So many of the tragic shootings we have seen lately could have been prevented if the gun owner had simply taken the time to store the weapon properly. As a result of this legislation, I hope we’ll start seeing more news reports about people fulfilling their potential and less about lives being cut short.”

One of the recent mass shootings at the Cascade Mall was used as one of the championed events that inspired this bill. The shooter, in this case, was mentally ill and prohibited from possessing firearms. He stole a gun and then used it to attack and kill innocent people.

The bill, which is currently being discussed by Washington state legislators, would impose a criminal penalty and liability upon the gun owner.

Now, I’m not going to sit here and say that firearms need to be locked up when they’re not in use. However, it’s virtually guaranteed that some bad guy somewhere — even in peaceful Washington State — will find a gun and use it in the commission of some crime.

Is it fair to hold gun owners accountable for their firearms? To a certain degree, sure.

But at what point does a firearm owner have something that happens that’s outside of his physical control to stop it?

Let’s take a gun lock. Don’t get me wrong, many of them are incredibly sturdy and the firearm is not operational when properly installed. But say a firearm is stolen from someone’s possession and the perpetrator goes on to jail break the gun. Is the owner of that firearm still going to be legally liable if that gun is used in the commission of a violent crime?

This is just the start of where I see multiple problems persisting in the application of this potential law.

Where there is a will, there is a way. Now, the level of effort a bad guy would have to go to get past those safe-guards is irrelevant because we’re not talking about the culpability of the bad guy. We’re talking about an otherwise law-abiding gun owner who may have even locked up his guns.

Every firearm that is not in my direct possession is locked up in a small safe. I’m not going to pretend that someone couldn’t conceivably break into my home while I’m away and take the safe. If this bill were passed and made into law in Washington, I would theoretically be criminally liable for what someone has done to me.

Double victimhood. Insult to injury. I don’t see how this makes bad guys any less dangerous or brings any more peace to the victims of their future crimes.

As this bill goes to the Washington legislature, I’ll be keeping a close eye on how it progresses. I do believe in accountability for a person’s firearms. I think unused firearms should always be locked up and secured. I don’t like how Washington lawmakers are proposing that be done. What are your thoughts? Tell us in the comments section below.

Previous article: President Trump Publishes His Take On The Second Amendment -- Calls It America's First Freedom Next article: Robber Shot By Liquor Store Clerk -- What Happens When Law-Abiding Citizens Refuse To Bend The Knee To Criminals