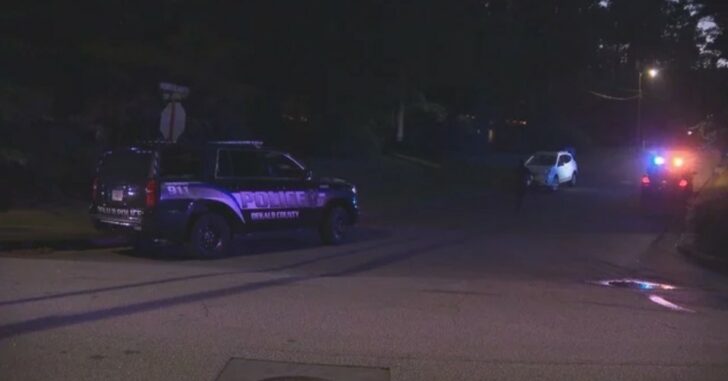 “He’s the really nice guy that you see out walking his dog–speaks to everyone, just a friendly guy. Everyone is concerned for him and his for his family as far as the emotional toll this must be taking on them,” said neighbor Brad Castlen.

No matter how justified the circumstances, the aftermath of a defensive gun use can be difficult for someone who is forced to use a firearm to stop an imminent threat. In this case, the shooting seems to be a clear case of self-defense.

The threat that was stopped was posed by a man with a machete who broke into a DeKalb County, Georgia home yesterday morning before dawn. In this case, the attacker was the homeowner’s.

The man with the machete had apparently broken a number of the defender’s windows before forcing his way into the home and confronting him.

“He was yelling and screaming at him with the machete and it was really menacing. My neighbor kept telling him, ‘I’ve gotta gun, I’ve gotta gun, I’ll shoot you.’ Then the man broke in and he [the homeowner] shot him. He was trying to protect his life,” said the neighbor.

Laurie Gentry and her husband knew the intruder with the machete, but told FOX 5 News she has no idea what could have sparked such a violent encounter.

News reports indicate the homeowner won’t be charged with a crime.

Previous article: [VIDEO] Criminals Don't Think Like You Do. Keep This In Mind When Carrying A Firearm. Next article: Son Shoots And Kills Man Who Broke Into Home And Began Stabbing His Father