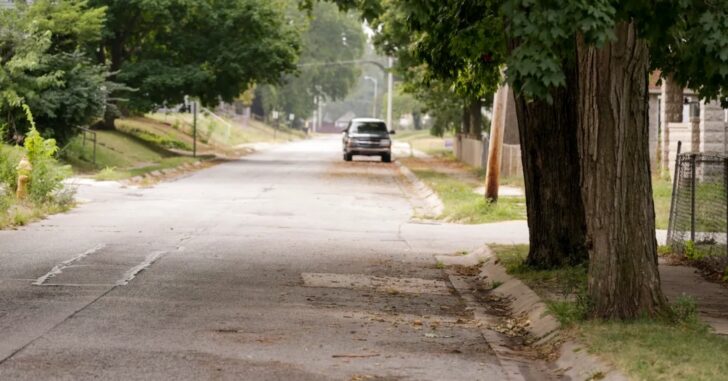 LAFAYETTE, INDIANA — Two people are dead, including an armed citizen, during an attempted robbery on a pizza delivery driver.

Domino’s Pizza deliveryman Joshua L. Ungersma shot and killed 19-year-old Alberto Vanmeter late Monday when Vanmeter tried to rob him in the 1900 block of North 16th Street, according to a witness who might have been the last person to speak to Ungersma.

Following the shooting, Vanmeter’s accomplice seems to have taken matters into her own hands. At 17 years old, the girl walks up to Ungersma while he’s standing in the street and shoots him at point-blank range, killing him.

Police took the girl into custody on the scene.

As she sits in jail, prosecuters are looking to charge her as an adult, as they should.

After Ungersma shot the robbery suspect, he told a witness to call 911, which they did. Shortly after, that’s when Ungersma apparently let his guard down and was shot by the girl.

19-year-old Alberto Vanmeter was identified as the man shot and killed by Ungersma.

Two people dead, and another with her life ruined. For what? A few dollars from a delivery driver, which wasn’t even accomplished.

A self-defense shooting isn’t over until one is certain that no other threats remain. The girl in this case, who seems to have been out for revenge, was still a very real threat to our armed citizen. Ungersma seems to have let his guard down, or didn’t believe the girl to be a lethal threat, and it cost him his life.

It’s always a sad day when the good guy doesn’t prevail, and especially sad when something like this happens. A17-year-old, with no direction in life and no respect for human life, makes the decision to act after the fight has already ended.

Hopefully, she is tried and convicted as an adult, and spends as much time as possible away from society.

If you’re ever in a terrible situation like Ungersma was, remember to keep your guard up for as long as possible, because the fight may not be over. Get yourself to a safe place if possible, and wait for police to arrive.

Previous article: Why We Carry: Woman Set On Fire While Walking Her Dog In Unprovoked Attack Next article: 5 Dead, 1 Wounded In Toronto Shooting At Residence