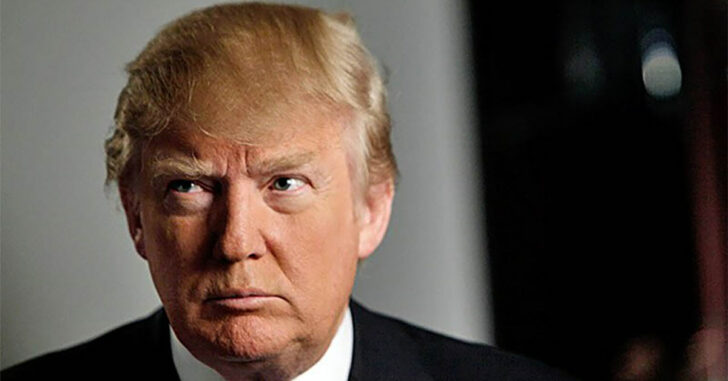 On January 3, 2017, H.R. 38 was introduced to the 115th Congress of the United States of America. Entitled the “Concealed Carry Reciprocity Act of 2017”, it promises to allow concealed carriers free travel through all fifty states. Since the third of January, H.R. 38 has been referred to the Judiciary Committee.

A description of H.R. 38 is available on Congress’ web page.

Additionally, the bill allows a qualified individual to carry or possess a concealed handgun in a school zone and in federally owned lands that are open to the public.

Plenty of people have asked us, “How soon can Trump get this to become law?”

Trump doesn’t write the law. Legislators do. While we do have a Republican majority in the House and Senate, there is still a lot of wheels that have to be greased before this gets passed.

First, the Concealed Carry Reciprocity Act of 2017 has to make to the floor.

In the past, similar bills have been proposed and they’ve died in committee before ever getting voted on by House representatives. It is possible that such a thing could happen with this one. I certainly wouldn’t want that to happen but it is a possibility.

While it is still in Judiciary Committee, it has not been formally voted on by the House of Representatives. The House has until July 28th to pass it before they go on recess. And feasibly, after then, they still have years to languish in their majority stake hold in two branches of government.

So, the soonest we could see the House pass the Concealed Carry Reciprocity Act of 2017 is between now (January) and July. After then, we’re just guessing wildly.

But before we get ahead of ourselves, there is one other big behemoth that has to be overcome before the Concealed Carry Reciprocity Act of 2017 becomes law: the Senate.

A similar bill must be submitted and voted on in the United States Senate before it can go to President Donald J. Trump’s desk. That proposed bill will also have to go through an oversight committee.

A couple of the big factors that politicians will bring up will be:

Even with a Republican majority in both the House and the Senate, there will be significant push-back on legitimate issues surrounding the application of the Concealed Carry Reciprocity Act of 2017.

However, that said, should it pass in both the House and Senate, I think Trump will sign it.

Based upon previous statements given by Trump, it would appear that as soon as that bill is passed, he will sign it without much hesitation. I would hope that would be around July of this year.

Issues Outside The Concealed Carry Reciprocity Act of 2017

Here’s the problem with the current level of discussion of firearms in this country: it starts from a false premise.

The Constitution acknowledges that, within its Amendments, these are the principle rights that any man or woman will fight and die over. And if the government does not explicitly acknowledge and abide by those rights, it is tyrannical and there is a mandate to overthrow it.

Hey, I didn’t write the law.

The Constitution is a social contract between each citizen and its government — that the government will abide by these centrally enshrined Amendments in exchange that the people abide by its authority.

So, when your state or local government decides to infringe your rights, they assume the position of tyranny. But wait, hold on, don’t grab your pitchfork and torch just yet. There’s a level of compromise necessary to conduct any business amongst men in a civil society and that compromise will always be at the impediment of some personal liberty. That’s why we have representation at every level that government conducts business. That’s why we have a judicial system that is supposed to overturn laws or regulations that impose too great of a sacrifice of personal liberty.

Sadly, Trump has nothing to do with the Concealed Carry Reciprocity Act of 2017 — except for a single signature at the bottom. I can honestly say that I am very impressed with what he has done up to this point in terms of foreign and domestic policy, but when it comes to law — that is purely the domain of legislators.

Now, I appreciate his candor in supporting and acknowledging our Second Amendment and I see efforts like the Concealed Carry Reciprocity Act of 2017 as further acknowledgement of our fundamental liberties as citizens, but I am not under the pretense that such laws free us to engage in activities already ceded to us by birth.

To quote one of my favorite contributors to the New American, Joe Wolverton,

The problem plaguing Americans [is] looking to Washington, D.C. for permission to do that which is beyond their authority to rule…. Our Republic was not founded by men and women who looked to government for the green light for the exercise of timeless rights that have been enjoyed by their ancestors for years…. [Any] federal law that would force states to recognize concealed carry permits issued by other states … would be unconstitutional.

As citizens, the majority of us have only known peace in our lifetimes. And we like peace. Peace lets us bring our kids to school and mow our lawn. We can walk down the street without fear. Some of us will even get to grow old and die in relative luxury.

It’s a sweet gig. Who wants to upset that gravy train?

So, for our audience and ourselves, we go through the training process. We get the permit. We abide by our state laws as to where we can or cannot carry. Because if we all do it, we can all feel good about doing it.

But the second you wake up one morning and find something you just thought of as a commonly accepted fact is no longer commonly accepted, when now you’re standing before a judge because you drove over a state line and got pulled over and out of respect for the police officer, told him you had a gun on you — when you find these things to be a reality, then all of the sudden the illusion fades.

And you’re forced to look at a real uncomfortable reality.

That reality is that if you want to be free, you can’t demand someone else acknowledge your freedom. You just have to be it. And when that freedom is infringed, you have to stand up for yourself.

In the meantime, I really like the Concealed Carry Reciprocity Act of 2017. I hope it becomes law some day.

Previous article: Mass Shooting In Quebec City Highlights Vulnerability Of Its Citizens Next article: The Acceptance That Violence Can Touch You: The Beginning of Self-Defense Mindset