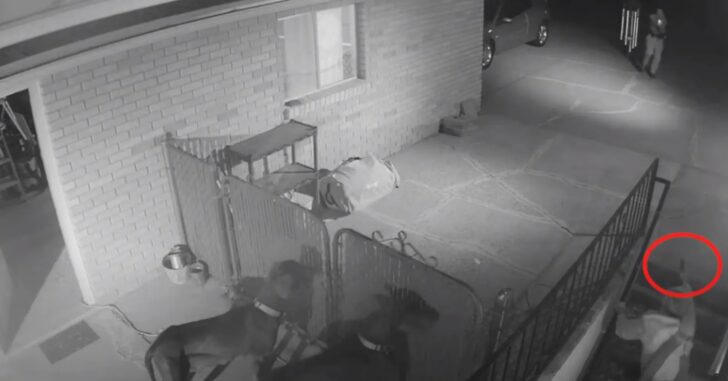 OGDEN, UTAH — An 18-year-old armed with a large knife and a realistic looking Airsoft pistol was shot by police as he fled through the back door of his family’s home.

The incident unfolded just after 7 p.m. on October 27th when a social services caseworker called 911 to report that the teen, Gavin Johansen, was threatening to take his own life. The young man’s girlfriend had texted his mother, telling her that he had said goodbye and planned to commit suicide at his home using a shotgun. The mother then notified the caseworker.

Officers with the Ogden Police Department arrived and established a perimeter around the home, located in the 800 block of Fifth Street. As officers were speaking with other occupants at the front door, the man left the residence through a rear basement door. He was armed with a knife and a black pistol, which he pointed at an officer who was covering the rear of the home.

The officer shouted “Hey, Hey” at him before firing at least five shots, then radioing fellow officers. Other officers pulled Johansen from the stairwell, and he can be heard on body camera footage crying and asking officers if he was going to die.

Officers immediately administered first aid to the wounded teen, and he was taken by ambulance to a local hospital where a wound to his abdomen was classified as non-life threatening.

He was charged with aggravated assault against a peace officer, possession of a firearm by a restricted person and aggravated assault.  Under standard department protocol, the officer involved in the shooting has been placed on administrative leave pending an investigation.

In addition to footage from body cameras, police released photos of the knife and gun that were in Johansen’s possession at the time of the incident.

Apparently there was a history of mental issues with the individual, and the fact that he was in possession of a large knife and what appeared to be a firearm seriously complicated matters for the responding officer who perceived the handgun to be a legitimate threat justifying force.