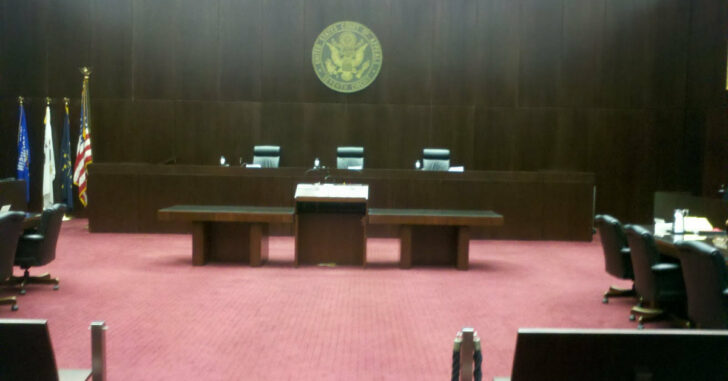 CHICAGO, ILLINOIS — In a city plagued by a never-ending stream of violence, city planners crafted zoning ordinances that greatly restricted where a gun range could exist within city limits. A three-panel court ruled against the restrictions citing a lack of evidence to support their rationale.

via the Associated Press

“The city has provided no evidentiary support for these claims, nor has it established that limiting shooting ranges to manufacturing districts and distancing them from the multiple and various uses listed in the buffer-zone rule has any connection to reducing these risks,” the court wrote in its opinion.

Chicago politicians get caught again violating people’s rights when it comes to guns! This recent ruling comes after a string of defeats in similar cases. In 2010, Chicago outright banned gun ranges. That decision was overturned by the courts.

The Second Amendment Foundation took on the City of Chicago in 2014 and won its case after Chicago AGAIN tried to ban gun ranges within city limits.

Chicago politicians, with a complete lack of understanding for how guns work, think that banning the places where people practice shooting will somehow equate to lower crime violence.

In fact, there’s no evidence to support that claim.

One thing is for certain — a law-abiding gun-owning citizen that has easy access to a gun range is probably more apt to practice at one rather than travel some inane distance. This leads to educated, proficient gun owners… Something Chicago politicians must absolutely fear because they keep trying to bar it in anyway possible.

But, for some strange reason, it’s okay for gang-related violence to go on unabated and undeterred?

Another victory against entrenched, crooked bureaucrats who aren’t interested in enabling their own citizenry to protect themselves. If Chicago keeps it up, they’re going to spend their entire budget on court fees. Oh wait, the City of Chicago is hovering just above bankruptcy!

So, not only will they need to find creative ways to tax their citizens and the citizens of Illinois, but they’re also going to push businesses out of the city that have every right to be there… For no good reason.

This is the type of dissonant, disconnected behavior that is truly puzzling. What possible logic or reason could Chicago politicians have to hinder law-abiding gun owners from practicing with their firearms in a safe, controlled, supervised environment?

If you figured it out, let me know in the comments section below because I’m honestly curious. In the meantime, Chicago politicians will have to find a new way to twist their ordinances to make life harder for people who follow the law and do the right thing.

Previous article: Young Man With A History Of Violence, Hopped Up On Drugs, Tries To Grab Homeowner's Gun -- Guess The Ending Of This Story Next article: Elderly Man Opens His Home To Homeless Couple, Gets Assaulted By Man -- Thankfully, He Had A Gun