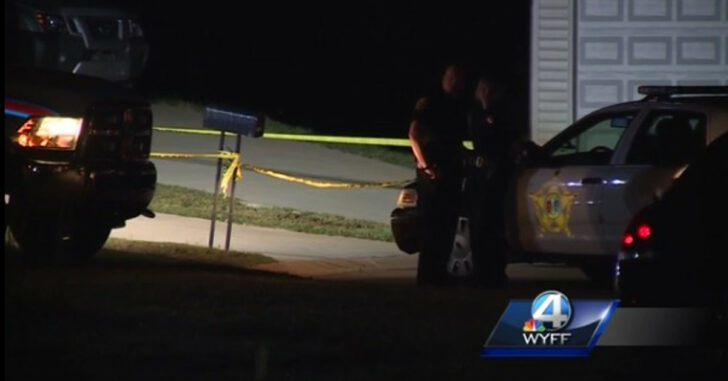 WELLFORD, SOUTH CAROLINA — One 15-year-old teenager was shot and killed and another teenager fled the scene after an attempted car theft from a rental home property. The occupant discovered the two teens, one of which was believed to be armed, and opened fire as they attempted to steal his vehicle.

According to WYFF NBC News 4 Spartanburg, 15-year-old Deondre Larise Brannon of Spartanburg was shot and killed and a younger, unidentified youth fled the scene. The younger suspect, believed to be 13 years old, was apprehended by Spartanburg County Sheriff’s deputies and is currently in custody.

“I just really want you to really commit yourself to praying for both sides,”Spartanburg County Sheriff Chuck Wright said. “Both of them are going through a hard time. This is awful.”

Neighbors were distraught at seeing two young boys involved in such a tragic incident.

“Someone losing their life for that (is) not worth it,” one neighbor said. “You always want another day, and, of all people, this young man lost his life.”

As for law enforcement, the sheriff of the county is treating this situation delicately to respect both the privacy of the families involves as well as the occupant of the home.

“I’m sorry that the homeowner had to do this. We will seek the advice of the solicitor’s office, put all the evidence together and find out exactly what has to be done,” Wright said. “I’ve always been a big proponent of carrying a weapon with you if you want, but it’s a big responsibility to carry one. You need to know where you need to do what with it.”

While NBC 4 News tried to inquire as to whether or not the occupant of the home had a license to carry concealed, the sheriff declined to comment based upon the fact that the gun owner had a right to be on his property with a firearm.

In this largely rental home community, neighbors noted that the public and private street lighting made this particular location especially susceptible to illicit activities.

“The lighting over here is horrible. It’s pitch black,” one neighbor told WYFF. “That provides an opportunity for this neighborhood to become a target of crime.”

While this case is under investigation, no doubt questions as to whether or not deadly force were authorized in these particular circumstances will be brought into question. A firearm was obtained from the area of the deceased teenager, indicating that he may have been armed. If so, there is the potential threat that the occupant may have been seriously injured or harmed.

In general, we’d always suggest the safest course of action: know your state’s laws on the authorized use of deadly force.

This is a hard section for advice in this subject matter because we’re people who depend upon privately owned vehicles to get to work, drop the kids off at school, and do basically all of our daily activities that require transportation. Losing a vehicle puts many folks at risk for losing their job, losing income, and putting quality of life at risk. Defending that property is an understandable notion. However, is a car worth your life?

We’re seeing a lot of young criminals sprouting up from the wood work. They’re inexperienced, overly confident, and willing to put themselves and others at extreme risk. We can call it childish bravado or whatever label works best but ultimately, we’re dealing with idiots that are making big boy decisions well before they’re of an age to know exactly what they’re risking.

Even seasoned adult criminals do dumb behavior but this is like comparing baby rattlesnakes to adult rattlesnakes. A baby rattlesnake doesn’t have a concept of a proper dose of venom whereas an adult understands risk and reward. In this brave new age of forcing law abiding gun owners to contend with younger and younger armed criminals, we’re left in an untenable decision of questioning morality over safety. Safety is always a first priority.

Stay safe. Don’t put yourself into harm’s way over property that can be replaced and carry every single day.