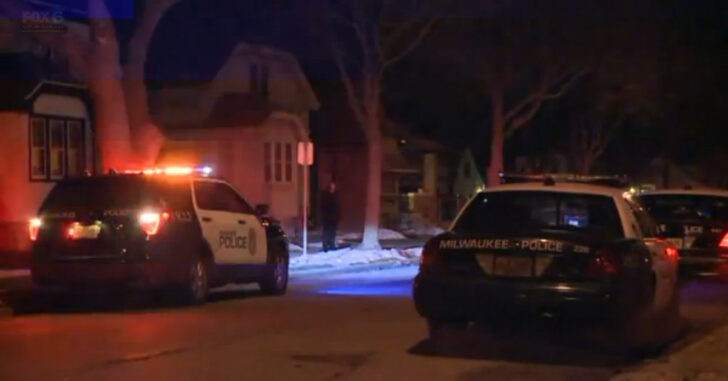 MILWAUKEE, WISCONSIN — Two teenagers staked out a secluded, quiet block in Milwaukee to find themselves someone to rob. They waited and when a 36-year-old man drove up, presumably to go home for the evening, they moved on him. Go figure, they picked a guy who was also a concealed carrier.

According to FOX 6 News, 17-year-old Deonte Thomas was shot dead at the scene and his buddy, 18 years of age, was also shot but survived and was taken into custody. Both of them attempted to violently rob a man in the dead of night and both received exactly what was coming to them.

“…They were looking for trouble and they clearly picked the wrong guy — because he defended himself,” Alderman Mark Borkowski said.

We highlighted the part of the alderman’s speech to Milwaukee residents because the other parts are clearly going to show how little the average non-firearm-carrying resident understands about the realities of violence.

“…Be aware of your surroundings, and if you are targeted for a robbery, police say it is usually always the right call to give the crooks what they want (because they will likely flee as soon as you hand it over).”

Perpetual victimhood. Be a victim. Don’t fight back, man. Give the two violent teenagers, with a combined IQ of 75, all of your possessions and they’ll just leave afterwards.

Here’s where I divest from the party line.

This weird idea that somehow bad guys don’t hurt people if they don’t fight back is both dangerous and perpetrated by people who refuse to take responsibility for their own lives.

How did Deonte Thomas decide it was a good idea to ambush a dude at 10:30 p.m. at night in a secluded section of the city?

He was sitting home, doing his physics homework, contemplating life on other planets and decided, “gee, I bet if my buddy and I go jump some dude, everything will work out just fine!”

Makes perfect sense, right? Astrophysicists usually start their career with violent felonies. It’s a very clear cut path between beating a man for his possessions in the dead of night and curing cancer.

Don’t take my word for it. If you run up against some guys that want your things or just want to beat you, you get to make that decision and no one else. This concealed carrier decided he wasn’t going to be a victim that night. That’s a deeply personal decision that I respect.

It only happens if you get that permit, get the gun, carry it everyday, and refuse to just sit down and take whatever some violent idiot wants to throw your way. It’s not cowardice to run from a fight but it is cowardice to lay there and get beaten or shot because you don’t want to take responsibility for your own life.

Stay safe. Do call the police. Do carry concealed everyday, everywhere. Don’t be a victim.

Previous article: Pro Tip #2: When A Homeowner Asks You To Stop Breaking Into His Truck, Take The Hint Next article: Two Home Intruders Bash Down The Door -- Homeowner Has To Get A Gun Off One Of Them To Save His Family