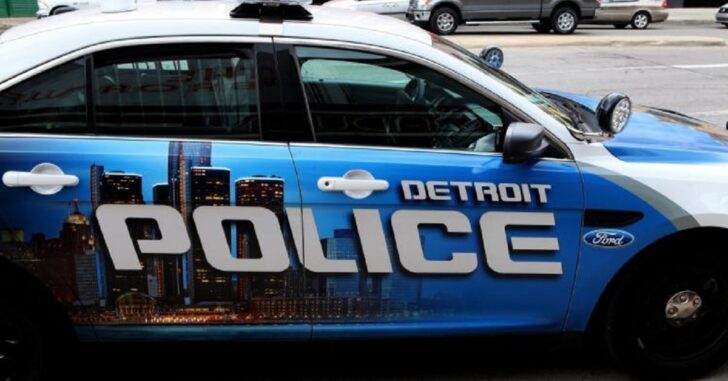 DETROIT, MI — A Marine from the Detroit area is facing a slew of charges after a gunfight in which he seems to not only be the defender, but in which he was wounded as well.

The alleged attacker’s charges make even less sense. Take a look at this report by WJBK:

Someone banged on the door, trying to force themselves into the home on Ackley Street in Westland. The family of Joey Nelson says that’s what caused the active Marine to react.

“My son was where he was supposed to be – inside his home with his legally owned firearm,” (father) Steve Nelson says… Friday night, Nelson’s family says Joey Nelson had been inside with his fiancée, their 3-week-old son and a couple of friends when someone violently started to knock on the door trying to get in.

Westland police say the man outside was 39-year-old Michael Wilson of Detroit… Cracking the door frame, the family says Joey grabbed his gun and yelled for Wilson to leave.

“He opened up the door because he was standing here in the yard,” Steve says. “(Joey) told him to get off his property and at that time (Wilson) produced a gun and started shooting at my son.”

Joey’s family says the young Marine was shot in the hip before calling 911 and telling everyone to get downstairs. Joey fired back at Wilson, who they say took off as police arrived… Westland police say that a fight over a mutual female friend inside the home led to the shooting. Joey is now charged with several felonies, including assault with intent to murder.

Nelson’s family is thinking what you and I are likely thinking, too — why on earth was this man charged, and why wasn’t Wilson slammed with a multitude of charges?

There are any number of possible reasons that would be the case, the most likely of which is that the account given by Joey Nelson’s father is inaccurate.

If it is accurate, however, the Detroit police have quite a bit of explaining to do. Quite frankly, I am at a loss.