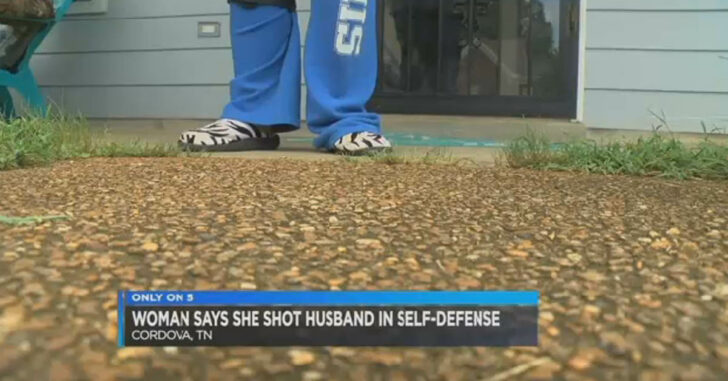 CORDOVA, TENNESSEE — A woman suffering from a back injury due to a car wreck was forced to use a gun to shoot her husband in self-defense. She claims they were separated and she found him in the home. A verbal altercation ensued but when he went to take it from verbal to physical, she was forced to protect herself.

“We got into an argument just like every couple does, except it escalated. He lunged forward and I shot,” the victim said.

The husband was taken to the hospital with a gunshot wound to his chest. He is expected to recover.

Deputies attest for WBRC News 6 that they have been to the residence in the past over domestic violence complaints. A history of violence and, in this case, potentially attacking a woman with a spinal injury all yielded one tragic, avoidable result: bloodshed.

It would have been better to keep distance and resolve the matter in court. Unfortunately, some folks just don’t get that hint. As we’ve covered in just this past month, domestic abusers and those willing to violate restraining orders are learning a painful lesson: people don’t want to be victimized.

“Too many women out here are afraid to stand up for themselves against abusers,” Ashley Jackson said.

Remember: a restraining order is a great first step towards cutting a toxic predator out of your life. The next step is getting armed.

Previous article: #DIGTHERIG - Blake and his Smith & Wesson M&P Sheild 9mm in a Federal Holsterworks Holster Next article: Man Shot And Killed By Ex-Girlfriend's New Boyfriend After Breaking Into Home