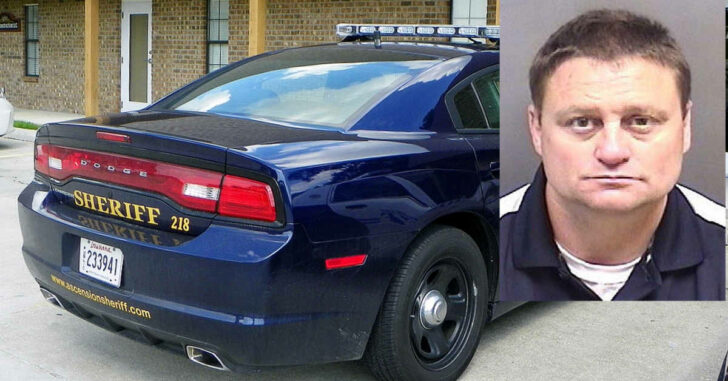 GONZALEZ, LOUISIANA — When a neighbor heard a disturbance coming from next door, he went to check it out. He didn’t expect to see his former neighbor, Nicky Wilkinson, 43. Wilkinson had a restraining order posted against him. He wasn’t supposed to be on the property. But it wasn’t Wilkinson’s presence that made this neighbor fear for his life — it was the gun Wilkinson had pointed at him.

Wilkinson had his handgun leveled at his neighbor as he approached. Wilkinson was due to see his wife in court in relation to a previous pattern of domestic violence. With the court date only a week away, we can guess what the nature of the visit would have been. What he was doing on the property and why he was armed is anyone’s guess. But out of a laundry list of things he shouldn’t have done, the worst mistake was pointing a loaded gun at his neighbor.

The Advocate confirmed Ascension Parish Sheriff’s Office’s statement regarding the incident. The neighbor, in fear for his life, drew his handgun and shot Wilkinson once. Wilkinson was pronounced dead at the scene.

The Ascension Parish Sheriff’s Office does not plan to file charges against the neighbor.

Wilkinson had no reason to be armed and in violation of his restraining order. The fact that he would show up at his wife’s home and seek to intimidate her and potentially do lethal harm to his former neighbor speaks volumes of the man’s character.

These are the unfortunate circumstances that good guys and gals get caught up in.

We’ve covered multiple incidents where a restraining order — by itself — is not effective. Bad guys don’t care about laws and they certainly don’t give a damn about a piece of paper from a judge saying “stay X number of feet away”.

The most effective approach is to stay armed, stay vigilant, and defend yourself accordingly.

A restraining order is a great tool to start the paper trail on someone you believe is seeking to threaten, harm, or intimidate you. If you believe your life may be in danger by someone who refuses to back off, a restraining order stops that person from lawfully entering onto your property or invading your space. When that person attempts to break into your home, hurt you or your family, both the police and you have a record showing this person’s violent tendencies.

However, when all of that fails — a handgun in trained hands is your safest bet.