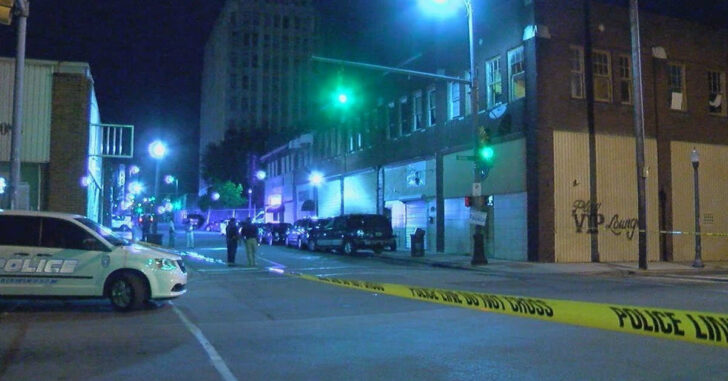 BIRMINGHAM, ALABAMA — Outside a nightclub in Birmingham, a security guard had moments to react after a driver rammed a person against a parked vehicle. The driver backed off the person and was about to direct his vehicle towards the rest of the crowd when the security guard took out a legally concealed handgun and shot him.

According to WSFA 12 News, the driver died at the scene and the man he hit was hospitalized. This is a situation that could have been a lot worse if that security guard had not been ready and able to address the situation.

“We are thankful for the heroic actions of the security guard. Further loss of life could have happened, but his quick, responsible actions prevented that. Now we will try to understand motive or reasoning, if any, behind the victim’s reckless actions,” said Sgt. Bryan Shelton with Birmingham police.

Police credit the security guard’s actions with saving the lives of the people outside the nightclub and preventing further injury or death. The motives of the driver are unknown at this time but as we’ve seen with other historic nightclub shootings, a bad situation can get a whole lot worse if there isn’t a responsible person with a gun willing and able to put a stop to it.

Chances are good that anyone planning on staying out late and partying is not likely to be armed or coherent enough to respond to a threatening situation like this. That’s where the role of armed security should be. For those who are of sober mind and good disposition, they are best able to respond to violent threats.

This guy judiciously decided to put an end to the attack when he saw that the driver was not going to stop until he hurt or killed more people. Watching a man being pinned to a parked car and getting crushed is evidence enough that there’s a time to act. Good on this security guard and our condolences to the man who happened to be the canary in the coal mine on a rough situation.

Previous article: One Mother Knows That Real Monsters Don't Hide Under The Bed -- That's Why She Has A Gun Next article: [SPONSORED] Otis Launches New Line of Gun Cleaning called Otis Smart Chemicals