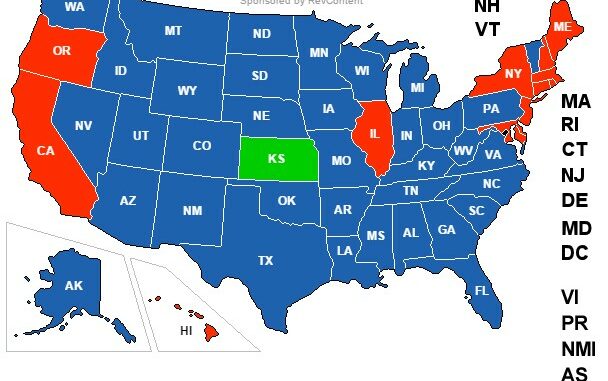 State Attorney General Derek Schmidt revealed today in a news release that Kansas has received it’s 100,000th application for a concealed carry permit. Since concealed carry has been legal in the state beginning in 2006, the state has issued 89,399 permits.

Even though residents will not need a permit to carry concealed after July 1st, they still have the option of receiving a permit so that they’re able to carry in the currently 36 states (image above) that recognize Kansas permits.

Previous article: 2 Fatal Self-Defense Shootings In Utah In Just As Many Days, This Time During A Home Invasion Next article: Suspect Says He's Armed During Robbery Attempt, Turns Out He Wasn't, But His Intended Victim Was