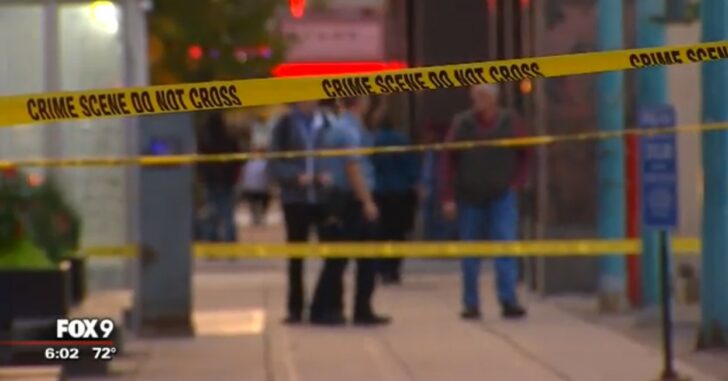 UPDATE: Back in October of 2017, a concealed carrier was arrested for firing his gun during an altercation and possibly faced charges of felony assault. Now, evidence in the case suggested that the man, Kevin John Martin, was acting in self-defense when he pulled out his firearm and fired the shots.

A Corcoran man arrested after another man was shot in the leg following an altercation in downtown Minneapolis last October will not be charged because the evidence is strong he acted in self-defense, the Hennepin County Attorney’s Office has confirmed.

According to the incident report, 43-year-old Kevin John Martin was arrested following the altercation on Oct. 18. But the decision was made not to file charges against him in the matter, a spokesperson for the county attorney’s office confirmed, saying the evidence was strong that his was a case of self-defense.

Martin reached out to us to let us know of the correction to the original article below, and I can’t blame him for wanting to clear his name across the internet. It’s one of those side effects that comes with a self-defense shooting at times, and we’re happy to update this article to show that this law-abiding armed citizen was in fact acting to save his life.

MINNEAPOLIS, MINNESOTA — A man with a concealed carry permit was the one taken away in handcuffs after an altercation on the street a few days ago. While the details are slim, it may seem that the charges come from shooting at a fleeing suspect.

Local media reports on the incident;

A man who told police he has a permit to carry, later identified as 43-year-old Kevin Martin, was walking with another woman in the area when a group of two men and a 17-year-old possibly surrounded the pair, according to police.

“It just kind of happened all of a sudden,” said Courtney Bivens, who saw the entire incident unfold. “There was a little scuffle, so that caught my attention, and when I looked up I saw a guy pull out a weapon.”

The first shot, Bivens said, missed Demani Griffith and caused him to run away. Martin then let off a second round as the 18-year-old was fleeing, which Bivens believes was the one that struck Griffith in the leg.

There is some confusion as to whether there it was a group or one person who confronted Martin, but the bigger question here seems to be; Was Martin, if assaulted, in the wrong for shooting at a fleeing suspect? The answer is usually always ‘yes’.

We have no word as to whether the man shot has –or will– face any charges. We’ll try to dig into this story a little more and see what comes up.