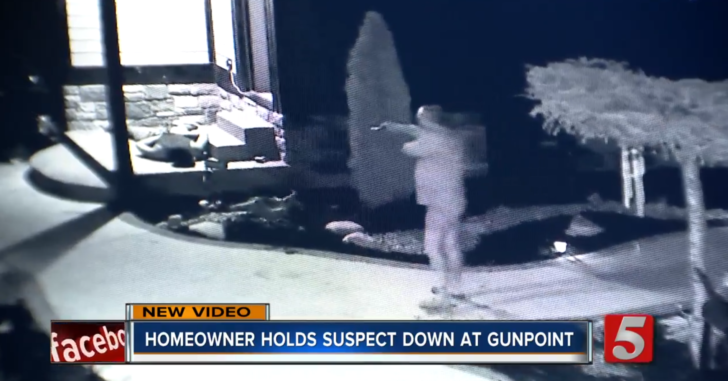 MADISON, TENNESSEE — I am not a fan of warning shots, and usually the law isn’t either. However, in this case it seemed to have worked out for everyone, and no one was harmed.

Marquiese Kemp tried to break into the home on Hudson Road just before midnight on Wednesday, according to Metro police. By the time officers arrived, he was being held at gunpoint. Home surveillance video captured Beck firing a warning shot and yelled for the suspect to get on the ground.

“He said not to shoot him so it scared him probably worse than it scared any of us. He was real compliant, real nice kid but was real disoriented,” Beck said.

After the police arrived and spoke to Kemp, it is believed that he may be suffering from a mental disorder. Surveillance video showed Kemp just stood in the dark near the door for almost an hour. He gave a couple of soft knocks on the door but didn’t try to disable the lock or break the door. In light of this, the family has decided not to press charges.

The homeowner said he and his family are new to guns. They have owned them less than a year and only purchased firearms because their house was the target of burglaries in the past. Dad made a smart move when he decided to arm himself and protect his family with a firearm should things like this happen.

The police don’t seem to be looking to press any charges against the homeowner for discharging his weapon as a warning shot. Hopefully, they will give the new gun owner some advice and a bit of education on local gun laws should he need them.