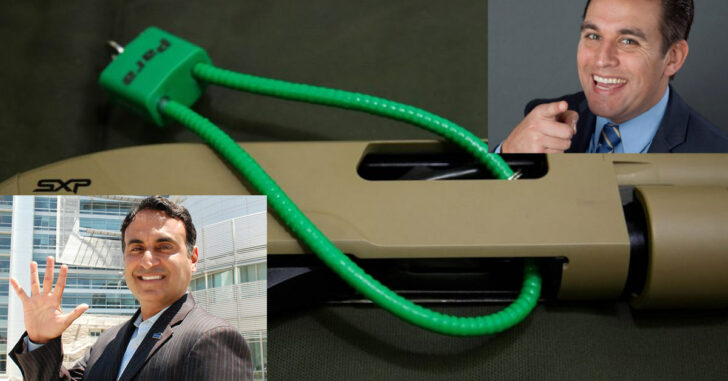 SAN JOSE, CALIFORNIA — Call it “keeping illegal guns off the street” or call it what it really is, it makes no difference to San Jose politicians. San Jose City Council wants to enact a new measure that will further tie homeowners’ hands behind their proverbial backs. Under the “gun violence prevention ordinance”, practically hand-drafted by lobbyists for gun control movements in California, gun owners in San Jose will face new severe, strict ordinances that promise to make outlaws of law-abiding, armed citizens.

At the heart of this effort? Safe Cities Coalition.

Safe Cities Coalition is a loose network of shell non-profits scattered through major cities in California and elsewhere. They are slimy, hidden, and keep their profile low because the only thing they’re interested in is making it impossible for the average person to own a gun one redundant, idiotic law at a time.

“There are zero gun laws in San Jose,” said Irena Olender, one of the group’s founders. “There are laws in neighboring cities, but San Jose is blank.”

For reference, violent crime in San Francisco is twice as high as the national average.

Think you’re immune where you live? Think again. The Safe Cities Coalition doesn’t operate legally as a single non-profit entity and instead relies upon individual members to sneak in under the cover of darkness and whisper disgusting abominations of freedom into the ears of receptive (upwardly mobile) politicians.

NOTE: This isn’t for JUST homes with children. This is ALL homes.

Most of these laws already exist in some form at the state level. These gun control lobbyists want to intensify the pressure on law abiding gun owners even further than the state’s already restrictive measures.

“I don’t want to wait for a massive tragedy,” said Councilman Ash Kalra, who proposed the gun safety ordinance along with Councilman Raul Peralez, a former police officer. “I want us to do something now to get illegal guns off the street.”

But Councilman Kalra wants to assure San Jose residents that he’s not interested in grabbing guns. He just wants to make it easy to receive criminal charges for not obeying extremely strict, overly redundant rules.

“We’re not trying to take people’s guns away,” said Kalra, who’s running for state Assembly, adding that he’s been working on the policy for nearly two years. “We’re trying to do things that are practical and will make a difference.”

The only difference Kalra’s proposal will make is in restricting the ability of gun owners to use their guns to protect themselves in their own homes and from within their vehicles.

There is only one way to put an end to this. Put an end to the political careers of any local politician who willingly signs on to subjugate his people. Self defense is an inalienable right and the role of the government should never intrude within the property of law-abiding individuals.