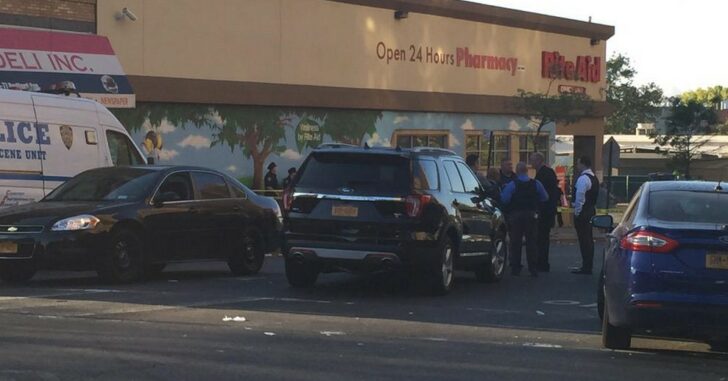 FLATBUSH, NY — Early Monday morning around 3:30am, NY Governor Andrew Cuomo’s First Deputy Council, Carey Gabay, was walking down the street with his brother when the two walked past an argument. In that argument, shots were fired and Gabay was struck in the head with a bullet.

Gabay was quickly taken to the hospital where he is in critical condition.

Cuomo spoke with news stations after the incident and made the following statement:

“This was a beautiful man, a sweet man, a man who was giving back to his community, a gentleman, who was involved in nothing, just walking down the street with his brother, wife pregnant with his first child,” Cuomo said. “He was the lawyer who rewrote the rent laws that protected so many tenants. I’m going to see him now. It’s a reminder that the violence has to stop.”

Other violence occurred around the same time in the hours leading up to the annual J’Ouvert Festival in Brooklyn.

There were three other shootings in the area:

1. The first happened on Bedford Avenue near the intersection of Montgomery Street at about 3:45 a.m. Carey Gabay, 43, was shot in the head. He’s Gov. Andrew Cuomo’s first deputy counsel and listed in critical condition.

2. Another shooting happened at Bedford Avenue and Sullivan Place. Police said a 21-year-old was grazed by a bullet on his hand. A 21-year-old man is in custody in connection with this shooting.

3. A third shooting occurred at Nostrand Avenue and Martense Street. According to police, a 39-year-old was shot twice in the torso area. The victim is currently in stable condition.

From where I’m sitting, it doesn’t look like Cuomo’s SAFE Act is helping to get guns out of the hands of criminals. Were any of these shootings in self-defense, or were any of the firearms legally registered? Highly doubtful.

But hey, at least we have an assault weapon registry and 7-round magazine limit.

Our thoughts are with Carey Gabay and family, and we hope for the best and a speedy recovery.

Previous article: Man Accidentally (Negligently) Shoots Wife While Getting Ready To Head To The Range Next article: Concealed Carrier Gets Caught In Theater After Dropping His Firearm -- Lesson Learned