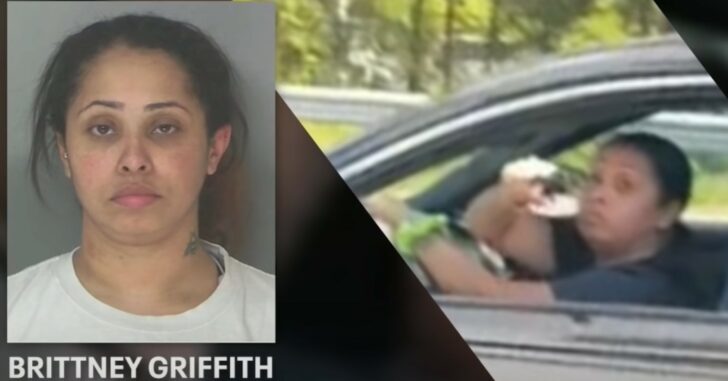 30-year-old Brittney Griffith was arrested after police posted a photo that allegedly shows her during a road-rage incident in which police say she fired a shot at a vehicle she had been stalking for 15 miles. The fired shot struck a 17-year-old girl in the face, and Griffith was quickly identified after the social media post.

Police say Griffith’s three children were in the back seat of her car at the time of the incident, ranging from 4 to 9 years in age.

Road rage is an all too common occurrence, and if you find yourself in the middle of it, you should take it seriously and try to get to a safe place. Engaging a road rage suspect can have deadly consequences, and your best option is to always avoid the conflict by whatever means necessary.

Griffith has been charged with aggravated assault and will stay behind bars until her next court appearance.

The girl who was shot is said to be in stable condition.