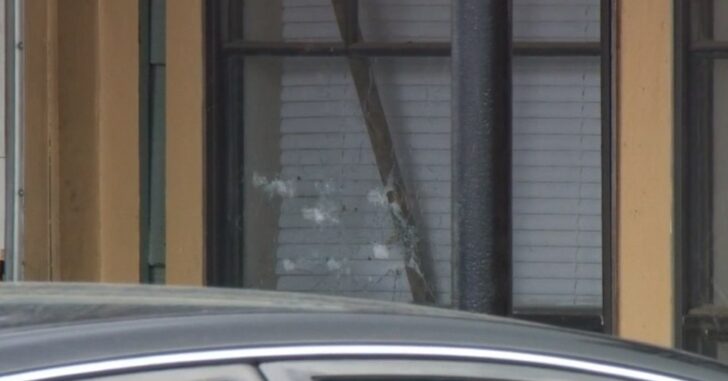 WHITE SETTLEMENT, TEXAS – A man was fatally shot by his brother-in-law Friday afternoon during a domestic disturbance that began with the man and his wife in another apartment. The incident occurred in the city of White Settlement, a suburb northwest of Fort Worth.

WSPD said that the chain of events unfolded in the 8100 block of Foxfire Lane, a horseshoe shaped street lined with apartments. Around 12:15 p.m., a married couple had a dispute. The woman took her three children downstairs to neighbor’s apartment, where other family members were located.

The husband followed his wife and children, demanding to see the children and threatening to shoot down the door. He then fired a 12-gauge shotgun blast through the apartment door, and the wife’s brother returned fire.  The brother was armed with what police described as an “AR type rifle”, which he used to fire several rounds through the door.  The husband was struck several times and died after being transported to John Peter Smith Hospital in Fort Worth. His identity has not been released.

According to police, the man’s wife, brother-in-law, and other witnesses were cooperating with the investigation. They nor the couple’s children were injured in the exchange of gunfire. WSPD is being assisted in the investigation by the Tarrant County Sheriff’s Office, and the case will be submitted to the Tarrant County Criminal District Attorney’s Office for review.