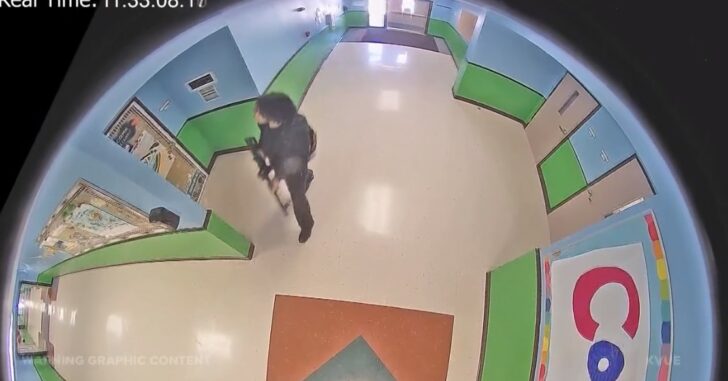 UVALDE, TEXAS — Calls for the release of video from the mass shooting at an elementary school in Texas in March have been answered. KVUE obtained the videos and made the decision to release them, showing the car wreck of the suspect and the suspect entering the school and walking down the hallway.

The first part of the video below is of the car crash, and of the suspect making his way towards the school.

The second part of the video is an inside look of the school, which shows the suspect enter and walk down a hallway, ultimately going into a classroom. The video also shows the police response for an hour after the suspect initially walked inside.

A child is seen looking around the corner at a hallway intersection, not realizing yet that a gunman was just feet away. The suspect fires multiple shots and the child runs in the other direction, apparently unharmed.

The innocence of that picture above is something to really understand, and know that we’re not looking at a screenshot from a movie or a video game.

These videos are important to watch, and even more important to learn from in attempts to stop these terrible acts from being committed in the future.

On that day, 19 children and 2 adults were murdered, and 17 others injured.