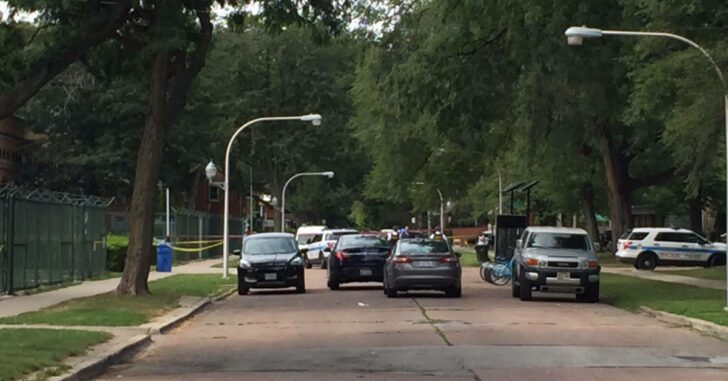 CHICAGO, ILLINOIS — A retired Chicago police commander was forced to fight to save his own life after Keith Vaughns, 21, broke into his home and shot him in the shoulder. The former police officer was able to get off a shot and hit Vaughns in the leg. Both went to the hospital and were listed as being in stable condition.

The 73-year-old retiree, according to DNAinfo, was able to reach cover and concealment to return fire on Vaughns after he had already been shot in the shoulder. The young crook got hit in the upper thigh and fled the scene. He was picked up a short while later by police and taken to a nearby hospital.

Vaughns is already a convicted felon and was due in court the Friday after he committed the crime. He will be charged with a litany of felonies but the unfortunate truth is this 21-year-old is the violent product of an ongoing war occurring right inside the United States.

For any who doubt the veracity of such a bold claim, let’s look at the body count in the Chicago Metropolitan Area for just this current year. And here’s a picture of the war zone. And, for comparison, here’s the fatalities listed from our Operation Iraqi Freedom.

So far, with 2016 yet to be concluded, we have more dead Americans killed in Chicago than in the opening invasion of the Iraq war in 2003.

You tell me how that’s working out for us.

Thankfully, this retired police commander was able to defend himself. How many others could say the same?

Keith Vaughns is one of many.

We are witnessing a novel time in human history. This is, I believe, the absolute inverse of the story of Gaius Mucius Scaevola.

Scaevola (508 B.C.) was sent in to assassinate the king of an army that threatened Rome. He misidentified his target and killed the general’s scribe. He was captured and told his captors that his life was worthless but for the glory of Rome. To prove this, he stuck his hand into a nearby fire and burnt his own left hand off as a testament to the tenacity and sacrifice the ‘average Roman’ was willing to make to protect his homeland. The king of this army sent a peace envoy to Rome.

Keith Vaughns is an active example of the absolute opposite of this.

This is a war that has young men growing up in a veritable killing field. There is no honor, glory, or even dedication to any cause except for the pure lust of violence and the utter absence of conscience.

To make it clear, there will be no negotiating with this enemy because this enemy was raised in an environment that knows nothing of the language of diplomacy. They will kill and murder anyone who stands in their way and with the clearest of conscience, do it again.

Witness the statistics. Read the reports. We are fighting a novel and new threat to civilization and this retired police commander was just the most recent, notable person to get caught in the cross hairs.

If ever you needed encouragement to pursue that Illinois FOID and pay the exorbitant fees to pursue an Illinois concealed carry permit, look no further than the ongoing blood bath in Chicago. That’s no hyperbole — that’s reality.

And it’s a reality that we must all face together.