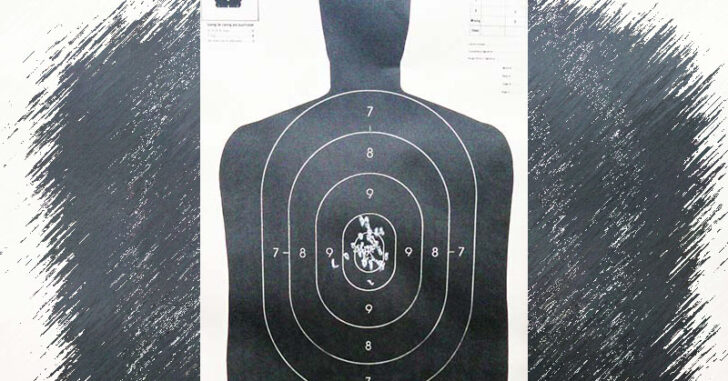 The correct expression is “shoot to stop the threat.” That’s what you’re trying to do when you perforate a perp. You are NOT trying to commit homicide, however justifiable that goal may be. Even if you’re aiming at the bad guy’s head or shooting him or her point-blank. You are shooting to stop the threat. To make a violent attacker – or potential violent attacker – cease and desist. And you’re only doing so when you or other innocent life face an imminent threat of death or grievous bodily injury. If you use the word “kill” in a firearms-related comment on the Internet, to friends or acquaintances with loose lips or, God forbid, to the police, you are . . .

There are a couple of words you can use to help you during a defensive gun use, and after. If you have  the time and enough mental focus to yell at an approaching lethal threat, shout “STOP! Don’t make me shoot you!” Not kill. Shoot. If someone hears you shout these words, it will go very well for you during the subsequent investigation.

The longer you stay on the line with the 911 operator, the greater the chance you’ll say something that will be used against you in a court of law. [NOTE: the 911 call is admissible evidence even without anyone informing you of your right to remain silent.] Above all, remember that words matter.