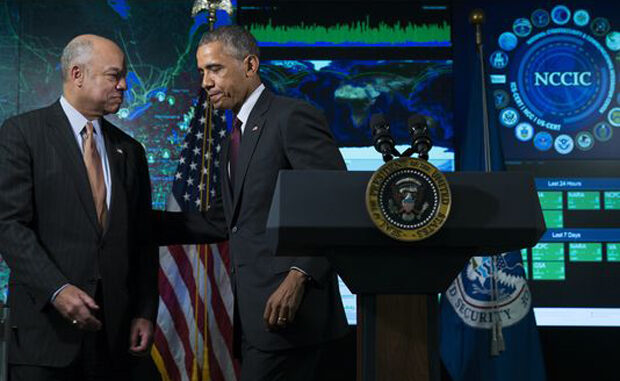 The secretary of homeland security, Jeh Johnson, issued a warning to Americans by saying that “the public needs to be particularly vigilant” when visiting US malls, particularly The Mall of America in Bloomington, Minnesota after a Somali militant group affiliated with al-Qaeda issued threats via video.

Johnson, who made appearances on five Sunday shows, said the threat against the Mall of America reflects the fact that foreign groups are encouraging local supporters to conduct attacks in their homelands.

“We’re in a new phase now, and I’m afraid that this most recent video release reflects that,” Johnson said on ABC’s This Week.

This highlights the dangers of the ‘lone wolf’ terrorist attacks. These are the types of attacks that we should be the most concerned about, as they can happen on a small scale (such as one or two people involved) but have a major impact.

“If anyone is planning to go to the Mall of America today, they’ve got to be particularly careful,” Johnson said in a televised interview with CNN. “There will be enhanced security there, but public vigilance, public awareness and public caution in situations like this is particularly important, and it’s the environment we’re in, frankly.”

There is no reason to be fearful to live our lives as we normally would, but our situational awareness is something that should be heightened and continuously developed not only for a specifically-threatened location, but for all areas that we visit.

Here’s my idea: Get a group of 100 legally armed citizens and then release a video of our own that says “100 armed and trained citizens are inside and outside The Mall of America and will have no hesitation when it comes to saving lives.”

Let’s see how many terrorists show up then.

If I lived in the area and couldn’t legally carry at this particular mall, I wouldn’t be shopping there anyway. If an attack does happen, God forbid, I hope that an armed individual with situational awareness is there to put a stop to it.

Previous article: [VIDEO] When You Least Expect It: Thug Edition Next article: How Many People Forget They Have A Gun At The Airport?