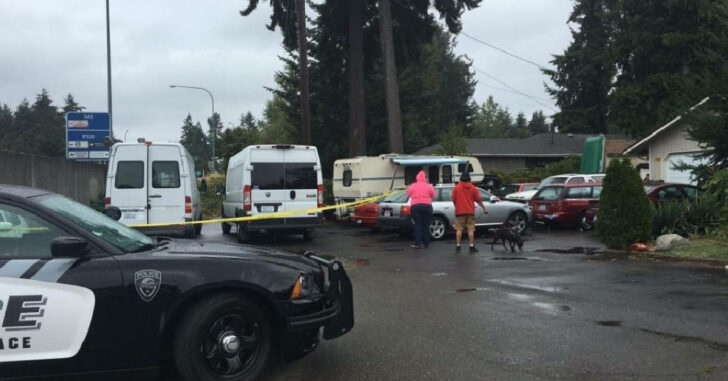 MOUNTLAKE TERRACE, WASHINGTON — Desperate times call for desperate measures. One suspected burglar was critically shot by a homeowner as he attempted to gain entry through a window.

The homeowner called police to report the shooting. The injured suspect was unresponsive and police had to perform CPR to keep him alive long enough to get him to a hospital. He is currently recovering from surgery and may live.

The suspect had an accomplice, according to KOMO News. She was unarmed and parked a distance away. When she saw her boyfriend was shot, she fled the area. The woman was later picked up by police. She had no weapons on her.

Without knowing any more about this story, it looks like this was a stupid act of desperation on behalf of the man. Maybe he thought there would be a silver lining at the end of this or maybe he just didn’t think he had any better options in life. In either case, breaking into a person’s home is a serious crime.

Not only is a burglar endangering the person’s property, but there is a clear perceived threat when a complete stranger is physically damaging your property to get inside.

Responding with deadly force is not only becoming more common, it’s almost expected. Home owners don’t know the intentions of a criminal breaking in. Furthermore, there’s almost no answer in the world that will make that action better.

It sounds like this couple was truly desperate but this home owner was completely in the right. Hope both of them get treatment after he gets out of the hospital and hopefully move towards a safer life together.

As for the homeowner, good job being on top of that situation. It’s gotta be rough and you handled it well. That’s why we carry everyday, even in the home.