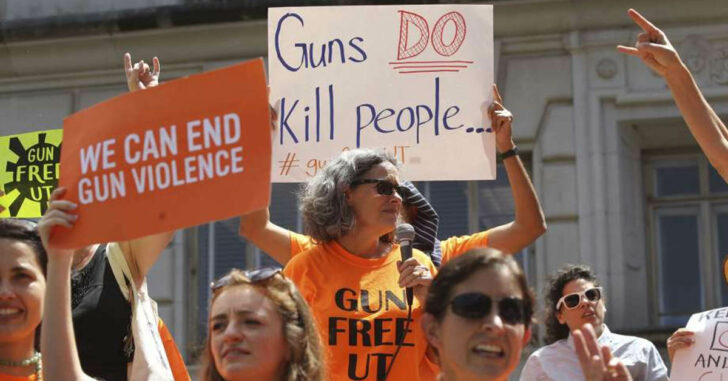 AUSTIN, TEXAS — The Governor of Texas signed a law into effect which prohibits public universities from banning concealed carry on campus. This took effect August 1st. Despite no issues thus far and no indication of issues, professors have sued the state for a preliminary injunction to be granted to restrict a state-granted right.

This lawsuit is so unpopular and unwarranted that the Attorney General of Texas has stepped in to join the motion to dismiss the case.

“There is only one apparent basis for their fear: Plaintiffs think the adults in their class who have been licensed by the State to carry handguns state-wide are ticking time-bombs who are likely to commit acts of violence if they are allowed to carry a handgun in class where they are exposed to the Professors’ ideas. That is ridiculous,” Paxton wrote in his motion to dismiss.

Without any provocation or actual proof of a threat, three professors have filed their motion with federal court.

This just in: the federal judge has shot down their preliminary injunction.

The professors will still have their day in federal court but they will not be allowed to stop legally armed citizens from carrying their handguns onto campus.

Here’s the thing: both the University of Texas system and the State of Texas disagree with the professors’ motion. They have asked the federal judge to dismiss the case outright.

Texans have to undergo a very stringent process before they are granted a license to carry a concealed handgun. Even after being granted, their records are held under high scrutiny and any violation of the law can be used as grounds to revoke that permit — up to and including failing to pay a debt*.

Even with Texas’ very proactive measures to ensure each CHL holder isn’t predisposed to criminal behavior, there are academics who are seriously afraid of living in a world where people are free to defend themselves with lethal force if threatened.

The University of Texas alleges that the professors cannot proceed with this case because no federal law has been broken, thus there is nothing to sue.

To make matters worse, a student-run organization has allegedly begun protesting on campus under “Cocks Not Glocks“. The group somehow seems to think passing out adult toys will substitute an inalienable right upheld by both the United States Constitution and Texas law.

The bizarro world of people we’re dealing with is just astounding. It’s a cognitive dissonance that has nothing to do with the right to defend yourself or the responsibility each concealed carrier takes not just for his own life but for those around him.