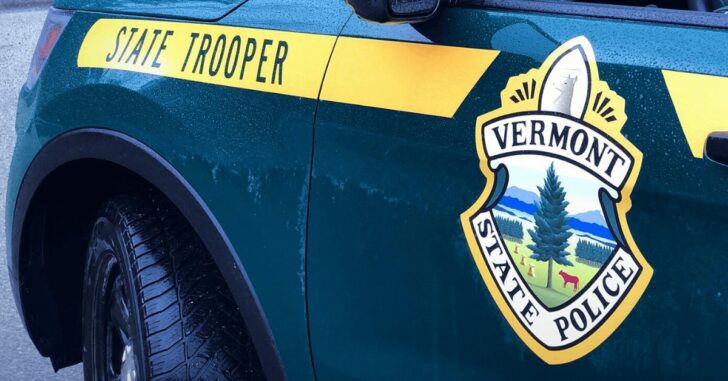 NEWPORT CITY, VERMONT — People break into homes for all kinds of reasons. Usually, however, they are nefarious in some way. In this instance in Newport City, this Vermont man certainly chose to break into a home for a pretty unique reason.

Authorities say Conrad Labor walked into a family’s home on Tuesday night in Derby, Vermont, and then locked himself in a bathroom and took a shower, the Caledonian Record reported.

One of the residents stood guard outside of the bathroom with a gun while their spouse protected their three teenage children upstairs.

Authorities kicked down the bathroom door and found Labor naked in the shower.

Conrad Labor had an interesting evening. Twenty minutes prior to arriving to the home which he broke into, he had stolen a vehicle from another neighborhood. When he arrived at the home, he casually strolled into the house from an unlocked garage door; in plain view of the people who lived there. Labor then found the bathroom, entered, and closed the door behind him.

Most of the residents ran upstairs and locked themselves in a bedroom. The homeowner, however, retrieved his firearm and stood guard at the bathroom door while calling the police. When the police finally arrived, they found the door locked and no response from the inside. The police forced entry into the bathroom to find Labor inside the shower naked. He was dragged out of the house and arrested.

Keep your doors locked folks. No matter where you live or how safe you think your neighborhood is, keep your doors locked; at least after a certain hour. Some people pride themselves about living in a place where they don’t have to lock their doors. In my town, I often hear my neighbors boast about it; elated to live in a place with such low crime.

The truth, however, is that there are nut jobs and bad folks everywhere. Some of us might be fortunate to live in a place where there are fewer nut jobs and bad folks; but nonetheless they still exist. One day, one of them might just try to walk into your home uninvited to take a shower – or worse. In this case, the homeowners left a garage door unlocked, and crazy ol Labor managed to find this door and walk right in.

Despite leaving a door unlocked for easy access, the homeowner at least had a firearm to protect his home and family. Immediately upon seeing Labor enter the home, the family sprung into action. The homeowner sent everyone else upstairs behind locked doors. The firearm was retrieved and police were called.

The homeowner stood guard at the bathroom door, firearm loaded and on target. There he waited until police arrived to do police business and retrieve the stranger out of his bathroom. The homeowner did the right thing by not trying to enter the bathroom and engage the stranger. He had no idea if Labor was armed or dangerous; or both. Had he went after Labor, and something bad happened to him, he would have left the rest of his family vulnerable to a dangerous madman.

Thankfully, Labor went willingly with police. The family was spared from further incident and were left unharmed. The stolen car was recovered, and Labor was arrested.

Previous article: Security Guard Shoots, Kills Man Who Attacked And Stabbed Him Next article: At Least 21 Shot After Multiple Gunmen Open Fire In DC During Party