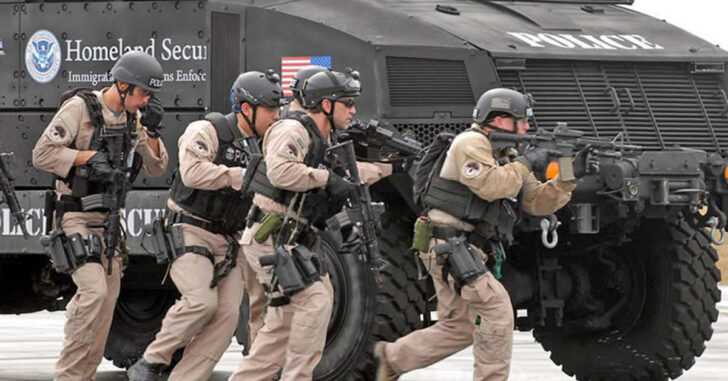 WASHINGTON, D.C. — Official reports show that around 165 Department of Homeland Security firearms were lost or stolen in a period of 31 months. In and amongst the other stolen items of interest include official DHS badges and credentials used to gain access to sensitive areas.

The Department of Homeland Security is getting our “Irresponsible Gun Owner” of the month award.

“Law enforcement credentials, badges or ID cards can be used to access areas closed to the public, restricted access areas, and allow a person to pose as a law enforcement official where lax inspection of the credential to match it with the person carrying it allows that person entry to restricted areas,” Michael Brown, former Undersecretary of Homeland Security and Director of FEMA told Complete Colorado by email. “Possession of these kinds of credentials gives terrorists or criminals the basic information needed to counterfeit other credentials.”

For those who may be unfamiliar with the many heads of the hydra known as the Department of Homeland Security, let’s discuss where the majority of these credentials, badges, and guns went missing:

In the midst of an unprecedented wave of terrorism in Europe, how could we ever imagine that having some hooligan faking the funk on immigration and borders would bite us in the proverbial rear?

So, while the Federal government decides to strip Medical Marijuana recipients of their right to possess firearms and carry concealed, and rules against concealed carry as a constitutional right, AND tries to classify the principle ingredient in ammunition primers as an explosive regulated under the ATF… We’re somehow neglecting to watch our own borders and ports of entry?

Here’s the thing — if the government was actually serious about making this country safer, it wouldn’t be concealed carriers or otherwise law-abiding citizens that they would need to worry about.

We’re not the problem.

We don’t want to be restricted when entering into state buildings, Virginia.

And we certainly don’t think people should be held civilly liable for defending themselves inside their home, Oregon.

And if you can’t secure basic things like the ports-of-entry, customs, and borders… Why should we be the ones to bear the brunt of that security breach?

That’s why we need to be concealed carriers. We need to protect our homes and communities because it’s becoming increasingly obvious that the federal government doesn’t know or doesn’t care what happens when 3,000 badges go missing and about 195 of their federally-issued guns go off the books.

We have to look out for each other. We’re not given any other good options.