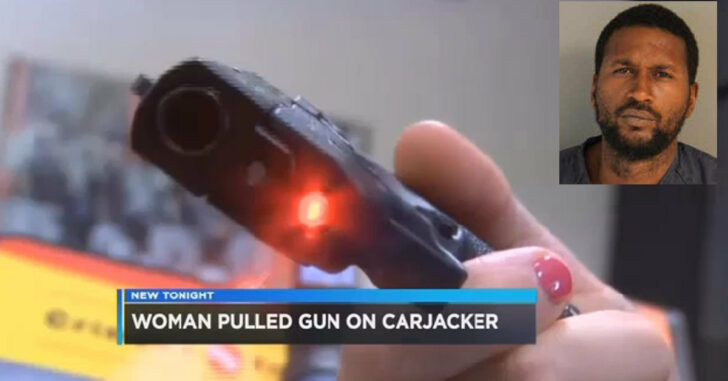 MEMPHIS, TENNESSEE — Looking for an easy target? Think again. A suspected car-jacker attempted to force a woman out of her car outside Memphis. Thankfully, she was armed.

All it took, according to Memphis 5 News, was for the woman to pull her handgun before the thief took off. He was picked up out of a line-up of suspects thanks to police having him pegged from a prior, recent conviction.

Memphis 5 focused a lot on neighbors’ reactions to the event but, in truth, it’s becoming a part of the norm for people to carry.

“You know, they want to take [guns] from people now but, in reality, you need something to defend yourself. It’s bad out here,” neighbor Eric Schermerhorn said.

According to police, the man who attempted to force the victim out of the car had his hand in his pocket either because he had a pistol and didn’t want to brandish it or he didn’t have a pistol and sought to intimidate her. In either case, she responded.

There is no way to know whether an aggressor is carrying a gun, a stick, or a BB gun. There’s no way to know that information until it’s either too late, you’re hurt, or you’ve already responded with deadly force.

It’s a bold strategy and it’s one that increasingly is not paying off — as we’ve seen in other recent news stories where robbers have tried to use BB guns.

The woman was not held and there are no charges pending against her.

The thief should be thankful we live in an era where top notch surgeons are on-hand to do life-saving work.

As for the rest of us: carry every single day, everywhere you go.

Police will usually caution that it’s better to comply with the requests of potentially armed criminals rather than risk harm.

That’s a great legal disclaimer but it doesn’t hold up in reality.

Harm has already showed up by the time an armed criminal decides to make his move. The only choice we have is to defend our lives and our property through any means possible.

A concealed carry handgun is only effective if you bring it with you. Carry every day, everywhere, with a round in the chamber. Spend that free time occasionally going to the range and always treat your gun as if it is loaded.

Firearm safety, diligence, and attention to detail can often be the deciding factors in a successful versus unsuccessful defensive gun use situation.