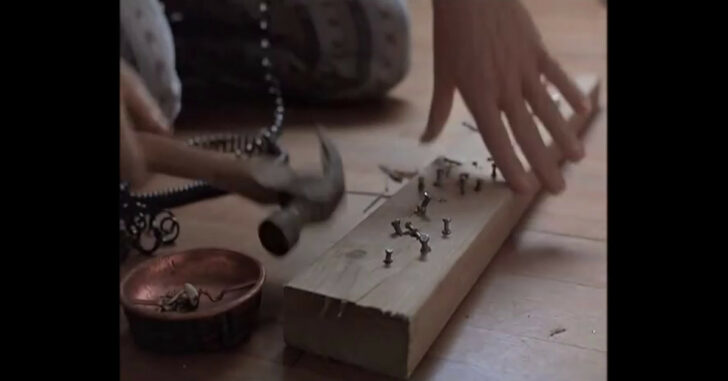 PFLUGERVILLE, TEXAS — Late one night, a man lay awake in his bed and saw an object move across the surveillance video.

“This was it,” he may have thought to himself. “Someone’s trying to break into my home.”

According to court documents obtained by CBS Austin, the man told police he moved a chair in front of his door to secure it. Maybe he was thinking of this scene from the Great Lebowski.

Regardless of the merit of the perceived threat, he told police he saw the door move and discharged his firearm.

The bullets penetrated the door and frightened a party at a next door neighbor’s house. His door faced their home. Those bullets thankfully didn’t strike anyone of cause any damage but police are treating this as a deadly conduct incident.

SIDENOTE: This is why we confirm our targets and what is behind them. One of four basic rules of firearm safety.

The whole situation is bad.

We are dependent upon our instincts to work in a potential life or death emergency. However, in the absence of good intel, we have to take good precautionary steps.

Having external sensors and surveillance isn’t a bad idea. It helps inform our decision about what’s coming down the pike. If it is a self defense situation, it’s nice to have a little heads-up.

However, that’s not how this worked out. The man opened fire without confirming either the presence of an external threat or considering where his bullets may fly.

We’re accountable for every round that leaves any of our guns. It’s not a crime to defend yourself. It is a crime to endanger or threaten the lives of innocent bystanders.

Let’s stay safe out there and take good steps to ensure our homes and family are kept secure at night.

Carry everyday — even at home — and perhaps consider some external surveillance measures so you can confirm whether or not a threat is at your door.