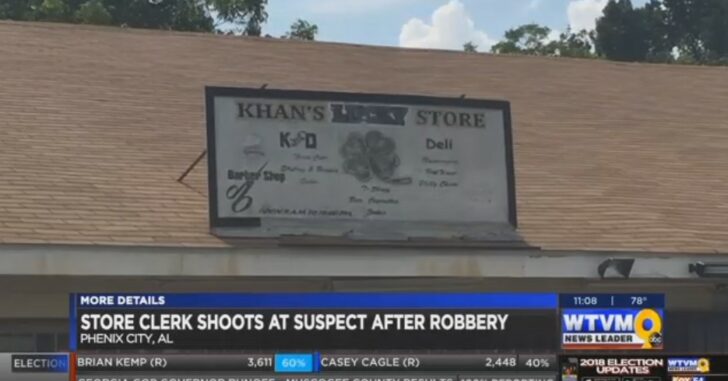 PHENIX CITY, ALABAMA — A store clerk was shaken up after being forced to shoot an armed robber while he was working.

The suspect, 22 year old Nyjaun Walton, was transported Walton to Piedmont Columbus Regional after being shot multiple items in the chest.

“He was injured pretty badly. He got shot three times,” said the store clerk, who does not want to be identified. “He put a pistol to my back and asked for the money. I gave him the money. He wanted money out of the next register which I told him I could not open.”

It was a quiet night by all accounts, and it changed quickly for this armed clerk.

“He made me get down on the floor on my knees and he put a pistol to my head,” the clerk said. “He turned around to grab some cigarettes and that’s when I seen the chance to actually grab my pistol and I shot him.”

The clerk used his .45 caliber handgun to stop his attacker. The clerk was not injured, but felt very bad about the situation and what he was forced to do. He tells reporters that himself and a supervisor waited with the suspect until police arrived and prayed over him.

“He told me, please don’t let him die,” mentioned the clerk. “I hate that it happened but at that point, I feared for my life. So, I didn’t know nothing else to do.”

There aren’t many people that actually want to shoot another person but when it comes down to a ‘you or me’ scenario, this is enough to force a reaction to defend oneself to ensure survival.

This clerk, how did not want to be identified, did what he could to survive a scary situation and make it out uninjured and alive. We hope that he’s able to move on from this incident, and know that he did the best he could under the circumstances.