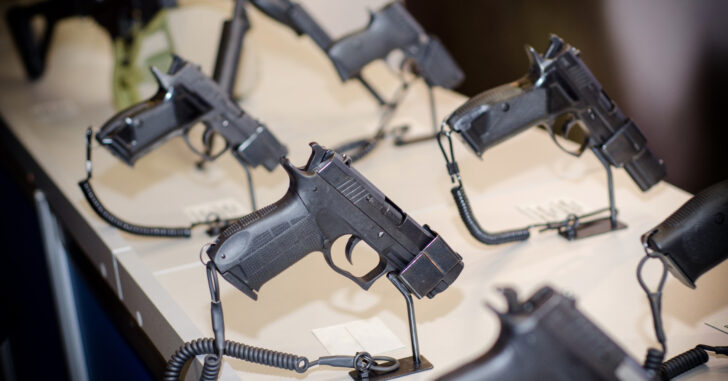 The bad news for America’s gun control community just keeps on coming. After sales skyrocketed to almost 2.6 million firearms in March, April’s total was 1.8 million units, a 71% increase over the year-ago total.

Once again, the majority of buyers are opting for handguns as a significant percentage of sales are going to first-time gun buyers.

SAAF Chief Economist Jurgen Brauer comments that “once more, the spurt in firearms sales in April 2020 is particularly notable for its handgun component: The ratio of handguns to long-guns sold now stands at a new record of 1.94, breaking the previous high of 1.84 set just one month ago.”

The SAAF puts the total number of firearms sold in the US at just over 7 million so far this year. That compares to 4.6 million in the first four months of 2019.

Neither Michael Bloomberg, Shannon Watts, or John Feinblatt could be reached for comment.