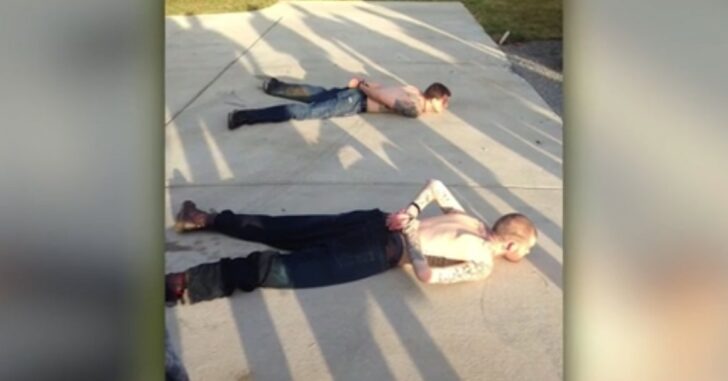 How were they captured, you ask? Why, by responsibly armed citizens, of course!

Police in Shelbyville, Tennessee, got a call about a home invasion. Rowe and Dubose held a couple captive and then fled in the couple’s vehicle, (Georgia Bureau of Investigation spokeswoman Nelly) Miles said.

Police responded and started chasing the pair. Miles said the inmates got in a wreck, left the vehicle and then led police on a foot chase.

Tennessee Highway Patrol spokesman Lt. Bill Miller said a homeowner in Christiana was alerted that people were outside his home and he saw the men trying to steal his vehicle. Miller said the homeowner held the two at gunpoint with a neighbor until the Rutherford County Sheriff’s Department could get there to arrest them.

The inmates were being hunted in the killings Tuesday morning of two prison guards who were overpowered, disarmed and shot to death on a prison bus southeast of Atlanta.

The two households involved each received a tidy $10,000. Not a bad day’s work.